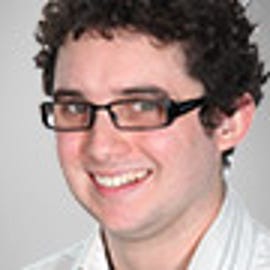 A fresh recruit onto the tech journalism battlefield, Luke Hopewell is eager to see some action. After a tour of duty in the belly of the Telstra beast, he is keen to report big stories on the enterprise beat. Drawing on past experience in …radio, print and magazine, he plans to ask all the tough questions you want answered.

Co-founders of Australian daily deals site Spreets are heading for the exits in what its parent company Yahoo7 is calling a "planned management transition" set to take place next month.

The Queensland Department of Education has let go of 171 IT contractors, blaming the previous government for forcing the minister's hand.

After a strategic review of its business, CSG has announced today that it will restructure its print services division and divest its Technology Solutions business to NEC Australia in a deal worth over $200 million.

Suncorp pours $275m into IT simplification

Banking giant Suncorp has today announced plans to pour $275 million into a technology-simplification program that will rid the organisation of 14 different legacy platforms, and drive annualised savings of $200 million from 2016.

After tasting local success, the co-founder of Australian taxi app goCatch is looking to increase the app's international footprint by negotiating deals in different geographies around the world.

A survey of start-up companies has found that Sydney narrowly places ahead of Melbourne as a more supportive city for new start-up ventures, according to new data released by Floq today.

Kaching for Android out in six weeks: CBA

The Commonwealth Bank has promised that it will release its Kaching app to Android users within six weeks, albeit without enabling internal NFC chips for contactless transactions. That, according to senior bank executives, is the fault of Google, device manufacturers and a fragmented ecosystem.

Cisco has revealed its plans to kill the Cius, its enterprise tablet, citing the industry's move to the bring-your-own device (BYOD) model as the cause of the device's death.

Build your own smartphone stand

Looking for a smartphone stand, but not interested in dishing out the dough? We show you how to make your own out of old iTunes gift cards.