It's remarkable the personal tidbits you can find in a serious study of IT security professionals and their fears about lack of security in the Internet of Things.
Written by Chris Matyszczyk, Contributor on Oct. 15, 2019 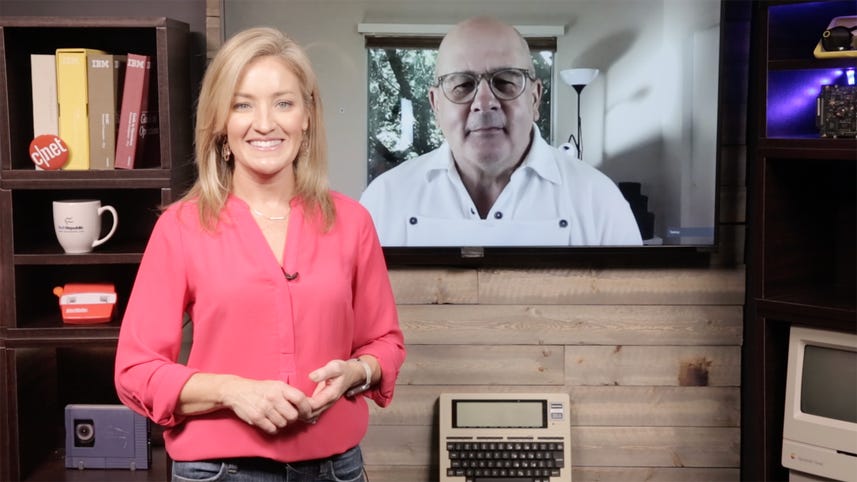 There are surely few more stressful jobs than those in IT security.

There are too many moving parts.

At any point, anyone of those moving parts can move -- or be moved -- in a crooked manner so that your company's data, your data, and your very life are exposed for all to see.

No company can ever be sufficiently secure. Hackers seem to see the latest precautions coming and prepare for the latest phase of a never-ending game with an entertained smile upon their faces.

Surely, then, IT security professionals are nervous people.

This seems clear from a new survey perpetrated on the part of the hardware security company nCipher.

The surveyors asked 1,800 IT security professionals in 14 countries about vital elements such as the increased use of IoT products in businesses such as retail, agriculture, healthcare, and manufacturing.

Sixty-eight percent of these professionals worried that hackers will simply alter the function of an IoT device. Fifty-four percent are concerned that IoT devices will come under the remote control of people with nefarious purposes or merely cruel senses of humor.

Some mutter that it isn't clear who should be responsible for the Public Key Infrastructure and keeping up with all these updates and the security challenges IoT presents.

This is unfortunate, as some studies show that a mere 28% of IoT devices enjoy encryption, as do a mere 25% of IoT data repositories.

You'd think there was enough angst about security for it to be a priority. But it's like insurance, isn't it? Many companies just take the chance that they'll never need it, or they worry about the cost for so long that it's too late.

I plowed through this data with some desperation. It's as if IT security professionals know what should be done, yet don't believe their organizations will ever evince the responsibility and forethought to do it.

I discovered, though, that the IT security professionals were also asked personal, as well as professional questions. Here's where the true fears came out.

Thirty-six percent confessed they were afraid they'd be spied upon by an internet-connected device. The same number feared they'd have money stolen.

Twenty-four percent fear personal embarrassment as unholy information about them would be leaked.

I, though, feel a particular empathy for the 21% who are afraid that pranksters will hack their connected toilets.

They aren't alone about their domestic fears.

The same percentage of IT security professionals fear pranksters would try and embarrass them through their connected home thermostats.

Please imagine, then, the hell of being at home in an internet-connected world.

A considerable number of IT security professionals worry they'll be sitting in front of Dancing With The Stars, concerned that Sean Spicer's paso doble is getting them hot beneath the collar.

Only later will they discover that some fiend has remotely made their house boil.

Then there's the same number of petrified many who worry that bad things will happen to them on the toilet. Because of someone else's penchant for perverse toilet humor, you understand.

I know that technology exists to make everything better. Yet the road toward that betterment is long and tortured.

Meanwhile the security industry, like the law, desperately tries to catch up.

I leave you, though, with the thoughts of 8% of this survey's respondents. These alleged security professionals claimed they had no security fears about the Internet of Things.

I think they should be forced to own connected toilets.