The Samsung Galaxy Note 8 was announced earlier today. The Note 7 left a gap for the enterprise, but the Note 8 aptly fills it and is better for most than any other modern smartphone.
Written by Matthew Miller, Contributor writer on Sept. 5, 2017 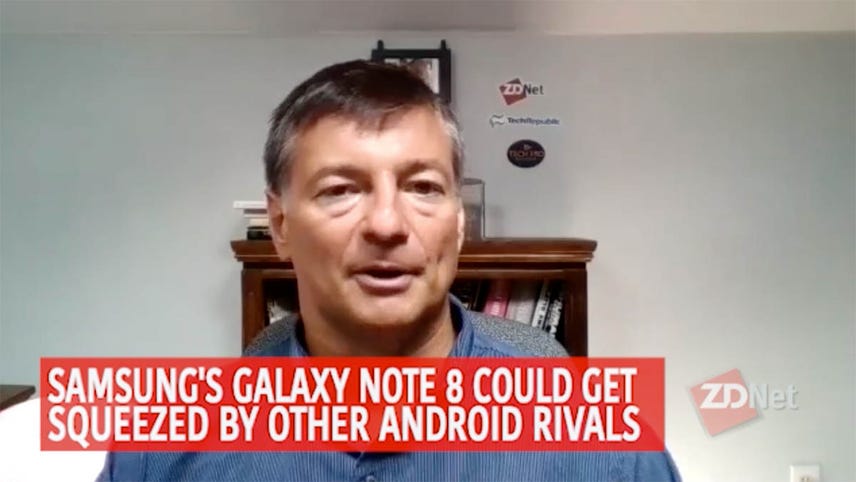 Samsung announced the Galaxy Note 8 at an Unpacked event in New York City, and it is clearly in the running for the best smartphone of 2017.

A couple weeks ago, I had the opportunity to meet with Samsung and check out the Note 8 in person. After that event, I sold my Samsung Galaxy S8 Plus in anticipation of buying my own Galaxy Note 8. I went through two Note 7 devices during the launch and recall last year and miss using the S Pen on the Galaxy S8 Plus.

I previously posted eight reasons the Galaxy S8 is good for business. There are a few additional reasons that I think the Note 8 fills that spot better than the S8 or S8 Plus, including:

It's clear that Samsung continues to push smartphone technology forward with the Note 8. It is the best smartphone available for the enterprise.

Stay tuned for a full review of the Samsung Galaxy Note 8 and accessories in the coming weeks.