10 things to know about Facebook's Q4

Despite its "self-imposed" business challenges, Facebook continues to rake in major profits.
Written by Stephanie Condon, Senior Writer on Jan. 30, 2019 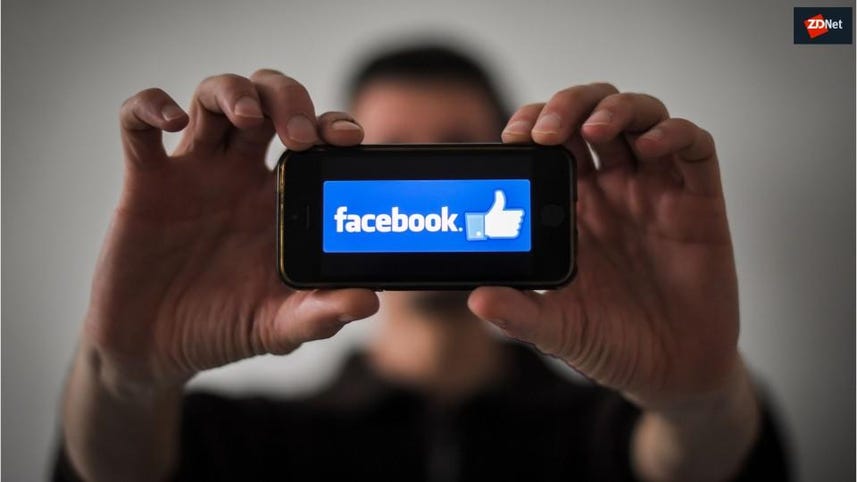 Facebook in 2018 was plagued by controversy after controversy, but that didn't stop the company from raking in huge profits. In its fourth quarter financial report, Facebook on Wednesday revealed just how well it did, bringing in record quarterly profits of $6.88 billion.

In a conference call, CEO Mark Zuckerberg acknowledged, "In the past couple of years, a lot of our business challenges has been self-imposed." To correct course, Facebook has had to make investments in safety, security and privacy that, Zuckerberg said, "both increased our cost and in some cases, reduce our revenues."

Nevertheless, the company posted several eye-popping figures from Q4 and laid out ambitious plans for the future. Here are 10 things we learned from Facebook's quarterly report

For the full year 2018, revenue grew 37 percent to $56 billion, and Facebook generated over $15 billion of free cash flow.

2. Mobile ad dollars continue to grow at a rapid clip

3. DAUs/MAUs up sequentially in the US and Europe

Daily active users (DAUs) on Facebook reached 1.52 billion on average for December 2018, up 9 percent compared to 2017. That was led by growth in India, Indonesia and the Philippines.

Monthly active users (MAUs) globally were 2.32 billion as of December 31, 2018, an increase of 9 percent year-over-year.

"We are growing in all regions albeit we're sort of balancing around in the developed markets like the US and Canada," CFO David Wehner said. "In Q4, we saw better growth in Europe because we've come off of... the first two quarters of GDPR. So it's a little bit of a rebound there."

"Around 2.7 billion people worldwide used one of our applications in December, and an average, over 2 billion people were active daily," Wehner said. "This was our best estimate of our deduplicated audience across Facebook, Instagram, Messenger and WhatsApp."

These numbers, he said, "better reflect the size of our community and the fact that many people are using more than one of our services... Over time, we expect family metrics will play the primary role in how we talk about our company, and we will eventually phase out Facebook-only community metrics."

With Facebook's impressive user base comes an impressive number of advertisers: There are more than 7 million active advertisers across Facebook services, COO Sheryl Sandberg said.

"From local shops to global brands, companies all over the world are growing entirely because they can reach their customers on our platform," she said. The opportunities we create for businesses drive our growth, which continues to be broad based across regions, marketer segments and verticals."

A key part of Facebook's appeal to advertisers is its ability to target ads to specific users, the executives said. Wehner acknowledged that "there are headwinds that we might face on targeting given the overall privacy landscape in 2019."

Even so, Sandberg said they remain "very optimistic" about growing the advertising business over the long run. "We haven't really even gotten started on future things like messaging," she said.

More than 90 million small businesses now use Facebook products, the vast majority of them for free, Zuckerberg said.  "And of those we surveyed, half tell us that they've been able to grow their businesses and hire more people since joining Facebook," he added.

Sandberg stressed how Facebook helps small businesses "reach people in ways that only big companies previously could. This business model keeps the Facebook free so people all around the world can use it and levels the playing field for businesses of all sizes while protecting people's privacy."

7. Stories: Popular with users and advertisers

Zuckerber said one of Facebook's priorities in 2019 is "to deliver new experiences that meaningfully improve people's lives... I'm talking about major improvements to people's lives that whole communities recognize and say, 'Wow, we're really doing something new on Facebook or on WhatsApp that we weren't doing before.'"

The last experience like this was Stories, he said,noting that Instagram just passed 500 million daily actives on Stories.

"I've also been positively surprised that the Portal has done better than I expected," Zuckerberg said. "I love using it with my own families. But we never shipped Facebook-branded hardware before, and a lot of people said this will be a difficult time to start. So I am pleased that so many people are enjoying this experience of being able to feel closer to people they care about even when they're physically far apart."

Looking forward, Zuckerberg said the company has big plans for expanding commerce on its platforms.

"When I think about it, just on the consumer side, increasing commerce in Instagram, Facebook and WhatsApp, I think, is one of the most exciting product opportunities that we have in all of these products and a big business opportunity as well," he said. "The big things that I think we want to make sure that we nail in Instagram especially are discovery. People are already doing a lot of commerce activity and are really interested in following brands... But I think there's also a very big opportunity in basically enabling the transactions and making it so that the buying experience is good."

He added, "The work that we're going to do in Instagram also will go across the efforts in Marketplace and Facebook."

Facebook also will be rolling out Payments on WhatsApp in more countries.

Facebook's financial results were released just one day after news broke that the company has been employing shady business practices to monitor consumers' online activity -- including the online activity of teens who may not fully understand the implications of sharing their data.

Even so, Zuckerberg insisted Wednesday, "We fundamentally changed how we run this company."

He elaborated, "We've changed how we built services to focus more on preventing harm. We've invested billions of dollars in security, which has affected our profitability. We've taken steps that reduce engagement in WhatsApp to stop misinformation and reduced viral videos in Facebook by more than 50 million hours a day to improve well-being."