The stakes are getting a lot higher in cybersecurity. It's no longer just about a loss of productivity and profitability. Your compromised network could become a public safety risk.
Written by Jason Hiner, Editor in Chief on June 11, 2017 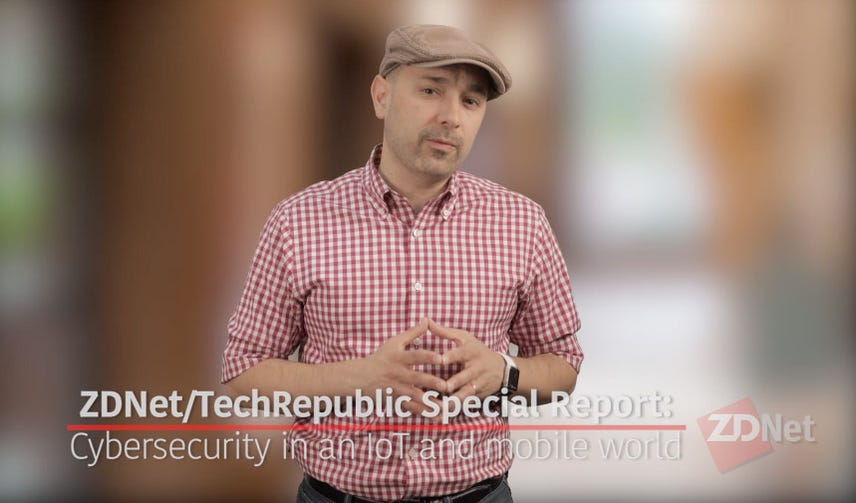 Cybersecurity fears continue to grow as the digital revolution embeds itself in new parts of society every day. We discuss the topic in-depth in our ZDNet/TechRepublic special report "Cybersecurity in an IoT and Mobile World." To sum it all up, here are the three things you need to know about cybersecurity in world that is increasingly dominated by mobile technology and the Internet of Things.

1. Mobile is now the standard

For the past decade and a half, mobile devices were bolted onto a company's IT strategy because the devices themselves were what professionals used when they were traveling or between times when they were sitting at a computer. Today, there's a lot more you can do on mobile and so mobile usage continues to skyrocket. As a result, every company needs to treat mobile like a central component of its IT, data, and cybersecurity policies.

In the same way mobile devices changed the game for IT security over the past two decades, the Internet of Things is changing it again. IoT is connecting a greater diversity of devices to the corporate network, and with that brings much greater complexity and risk. And the scale is incredible. There are now over 3 billion smartphones in use in the world. There are already 8 billion IoT devices and we're still at the very beginning of the growth curve. That number will climb past 25 billion by 2020.

When mobile security became an issue, the biggest concerns were data leakage and loss of productivity and profitability. As IoT connects more parts of the world to the internet, it creates a greater attack surface for rogue players. That means public infrastructure like stoplights, bridges, water facilities, and power plants can now be attacked. And, vulnerable endpoints on your organization's network could be compromised to launch the attack. In other words, the stakes of the game in cybersecurity are higher than they've ever been and they will only get bigger in the years immediately ahead.

Again, to dig deeper on this topic, read our full special report "Cybersecurity in an IoT and Mobile World." You can read all of the articles on ZDNet or you can download them in one PDF on TechRepublic, available for free to registered users.