Full Bio
Posted in Between the Lines on June 5, 2017 | Topic: Artificial Intelligence 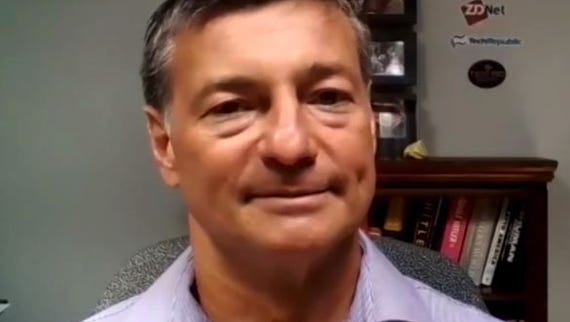 Apple's big developer powwow, WWDC, kicks off Monday with a keynote that'll set the stage for software updates, developer platforms and the launch of the next iPhone. But the elephant in the room will be artificial intelligence and Apple's ability (or inability) to keep up with rivals.

The company got a jump on digital assistants and AI with the 2011 launch of Siri. Since that time though, Apple hasn't kept up with the AI pace as companies such as Alphabet (Google Assistant), Amazon (Alexa), Facebook (Messenger bots), Microsoft (Cortana) and IBM (Watson) have surged forward on the technology.

At the last two Google I/O conferences (2017 and 2016), executives couldn't stop talking about how they were sprinkling AI everywhere. Google is going for the AI-first company and CEO Sundar Pichai sees the transition as important as the one to mobile. See: Google I/O 2017: Here's what we learned

AWS and Amazon are using Alexa and AI in multiple areas.

Turns out everyone has an AI story--except for Apple. Consider that in Apple's latest quarterly and annual regulatory filings the terms machine learning and artificial intelligence weren't mentioned once.

Across the company, machine learning and artificial intelligence (AI) are increasingly driving many of our latest innovations. Within Google, our investments in machine learning over a decade are what have enabled us to build Google products that get better over time, making them smarter and more useful -- it's what allows you to use your voice to search for information, to translate the web from one language to another, to see better YouTube recommendations, and to search for people and events that are important to you in Google Photos. Machine learning is also showing great promise in helping us tackle big issues, like dramatically improving the energy efficiency of our data centers. Across Other Bets, machine learning helps self-driving cars better detect and respond to others on the road, and can also aid clinicians in detecting diabetic retinopathy.

But here's the catch. Apple doesn't necessarily need to talk AI in abstract terms. Apple needs to productize AI and use it as a tool. Apple seems to get the message.

So yes, Apple is likely to talk up its AI efforts and may position itself as a player, but there are multiple questions ahead.

Is Apple positioned for an AI-first technology world and how long does it have? Apple has plenty of cash and a product cycle that means it can put its own spin on AI. Apple doesn't have to chase AI leaders as much as utilize the technology.

Will AI be a standalone technology category or enabler? The best AI will run in the background and just do its thing. If you buy into that vision, then Apple doesn't have to take a Google-ish detour in an AI arms race.

Does Apple need its own AI technology and research? Yes. And no. Most companies will use multiple AI technologies just like they do cloud services. Couldn't Apple leverage the AI services from AWS, Google and Microsoft to create something new. You bet. I see the best Apple AI strategy as one that takes the same approach as SAP, which has stated it will use its own technology as well as allow customers to use other AI intellectual property.

How important is it that AI isn't cloud powered? Apple is likely to note that its AI will be device centric. Part of that reality is due to Apple's privacy pitch. Part of that pitch is because it doesn't have the AI, machine learning or cloud platform on the back-end.

We could go on, but rest assured that Apple's AI strategy and technology will remain a work in progress. Here's to hoping that WWDC sheds some light on what's around the corner.