This is how millennial parents feel about technology and raising kids in a post-COVID world.
Written by Greg Nichols, Contributor on Nov. 3, 2020 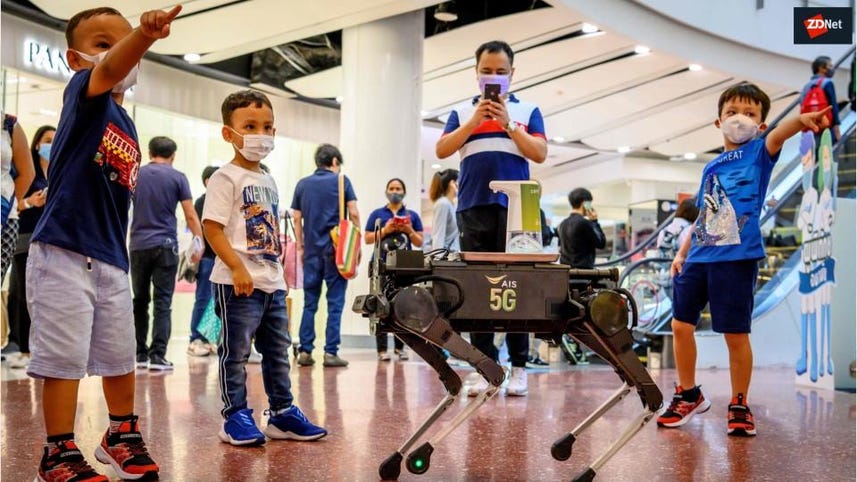 For the fourth straight year, a survey by IEEE presents a snapshot of how the newest generation of parents, whose kids belong to Generation Alpha, think of artificial intelligence and other technologies in relation to their children's health and wellness. This year's survey takes on special relevance given the ongoing coronavirus pandemic and shifting attitudes about technology and automation across demographics.

The study surveyed parents in the U.S., U.K., India, China and Brazil with Generation Alpha children (11 years old or younger). Generation Alpha is considered the most tech-exposed in history, and parents and children's wellness experts are watching closely to see what effects that exposure might have.

The pandemic brings new relevance to the annual survey. Technologies that were still largely in development or limited rollout a year ago are now becoming commonplace, including self-driving cleaning robots and automation in areas like fast food and delivery.

A majority of those surveyed globally (89%) have some degree of confidence in cleaning robots, with 44% having complete trust. Similarly, most millennial parents (82%) believe in sensor technology to monitor the flow of people and help reinforce social distancing. That points to broad acceptance among younger parents of sensors designed to monitor human activity, which should raise eyebrows among security advocates. Nonetheless, the majority of those surveyed (71%) would not visit movie theaters until there is widespread distribution of an effective vaccine.

How do millennial parents feel about other technologies that will influence the health and wellness of themselves and their kids?

Confidence is at least as high this year, with nearly two in three (63%) Millennial parents globally saying they are very comfortable with allowing a properly tested/fully functional 3D printed heart to be implanted in their child if needed. Only 11% globally say they would not be comfortable with a printed functional printed heart in their child. Notably, in the U.S. that number is higher, with 23% expressing discomfort at the idea.

Given how the pandemic has upended childcare routines and thrown work-life balances far out of whack for those who can't afford round-the-clock care, it's not surprising that millennial parents looked favorably on technologies that could ease their childcare duties. Self-driving school buses, which are currently being tested around the world, seem to be popular with millennial parents, with 58% globally extremely or very likely to allow their child to take such transportation to minimize their stress, if tested as safe and staffed by a caretaker robot.

Similarly, 66% of parents globally agree they would adopt a robot nanny to take care of their children while working remotely from home, according to IEEE, with a full 54% agreeing that having a robot to help kids do their homework would alleviate a significant amount of their COVID-19-related stress.

Nevertheless, there are limits to faith in robots, it seems. Would parents leave their children home alone with a robot nanny? Depends where you live. Only 37% of American parents surveyed would. But in India that number is a whopping 76%, and in China 80% agree would hand over their kiddos to a robot nanny.

As a parent of two kids under five, my personal tolerance for the idea vacillates pretty widely throughout a given day. For now, at least, I'm pining for big fields for the kids to run in more than for technology to save the day.