3D printing hands on: A first look at the Overlord Pro+ delta-style printer

The brand-new DreamMaker Overlord Pro+ is a large capacity 3D printer at a budget price. But is it right for you? We take a first look.
Written by David Gewirtz, Distinguished Lecturer on March 16, 2017 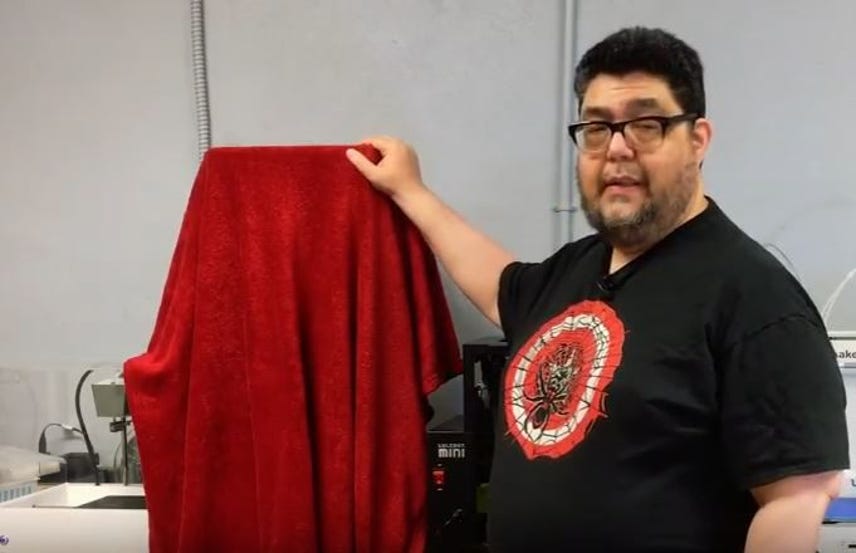 A few months ago, I was contacted by DreamMaker, a Chinese firm working on an Indiegogo 3D printing project. My hard and fast rule is that I don't evaluate crowd-funded projects until they've completed their funding, and they're in production. DreamMaker assured me the product was completed and offered to send me a test unit. I accepted.

What interested me about the DreamMaker product, which goes by the unassuming name Overlord, was that it is a delta printer. I'm going to do an entire article about delta printers in the next week or so, but for now, all you need to know is that delta printers use a printing mechanism that's markedly different than the printers I've covered previously.

Plus, it looks cool.

The Overlord was the company's first generation product. The Overlord did not have a heated build area, and therefore was suited primarily to PLA filament printing.

The Overlord Pro was an extended build area version of that first generation product, but it also added a heated plate, making it possible to print ABS, nylon, and other filaments.

The Overlord Plus is a second generation product designed for improved reliability and build quality.

When it arrived, I was even more confused. The box it came in was labeled Overlord Pro. But as you can see in the unboxing, what was inside is a printer labeled Overlord Pro+. I know, it's not clear. But the printer itself is pretty slick. It's the taller printer, along with a heated printing surface and second-generation machinery.

So far, I've only printed the test prints provided by the company -- including a little whistle that has changed our lives. You'll have to watch the companion video to find out why. Suffice to say, cute puppies are involved.

In any case, the test prints came out quite nicely. To fully evaluate the printer, of course, I'll need to pick my own prints, slice them, and send them to the printer. Right now, the prints are presented to the printer via an SD card. The printer does have a USB port, so it's possible that it might be manageable using OctoPrint. That would be very nice. Stay tuned for my tests there.

One of the things I like about delta-class printers is that they tend to have a small footprint. They're designed to go tall, rather than wide. That means that they take considerably less space on a workbench than a cartesian printer with the same size build area might take. In the video, I show how a full-sized milk carton can fit in the build area. In a future article, I'll show you the build area with much more detail, and show you how it compares with the build areas of other printers. That's actually been a surprisingly large project, and it should be ready for you to read next month.

Another benefit of the Overlord Pro+ is that it houses the filament in an enclosed area at the very top of the printer. Given how tall the Overlord Pro+ is, especially on my workbench, I actually had to stand on a stool to load the filament. But it's far better to do that than have to pull out the printer and load filament from the back, as some other printers require you to do.

Now, I'll be honest with you. I'm not sure how easy it's going to be for you to go out and buy the Overlord Pro+. The company's website lists the product as the Overlord Plus (not +, as the actual machine displays it), but the picture shown on the site is of an Overlord Pro. I did visit most of the stores in the Where To Buy section, and while many listed the original Overlord and Overlord Pro, none listed the Overlord Pro+. To be fair, a lot of the sites were in languages other than English, so it's entirely possible I just didn't look in the right place.

The folks at DreamMaker tell me that the Overlord Pro+ is $1049 in US dollars. If you're interested in this printer, you should definitely reach out to the company first and confirm availability. Because the site is a bit confusing, and the status of the printer is still up in the air, I wouldn't necessarily recommend this printer as a first printer. But if you're looking for something that can print substantial objects in a variety of filaments, ithe Overlord Pro+ may be a contender.

Stay tuned as I put it through additional testing. In the meantime, it's been fun getting to know this machine. I'd like to give a big shoutout to the DreamMaker folks for working so hard to make sure my needs were met as I proceeded through this evaluation.