Does the LulzBot Mini 2 3D printer improve on the venerable and well-loved LulzBot Mini? In this first look, we compare both machines side-by-side.
Written by David Gewirtz, Distinguished Lecturer on Jan. 28, 2019 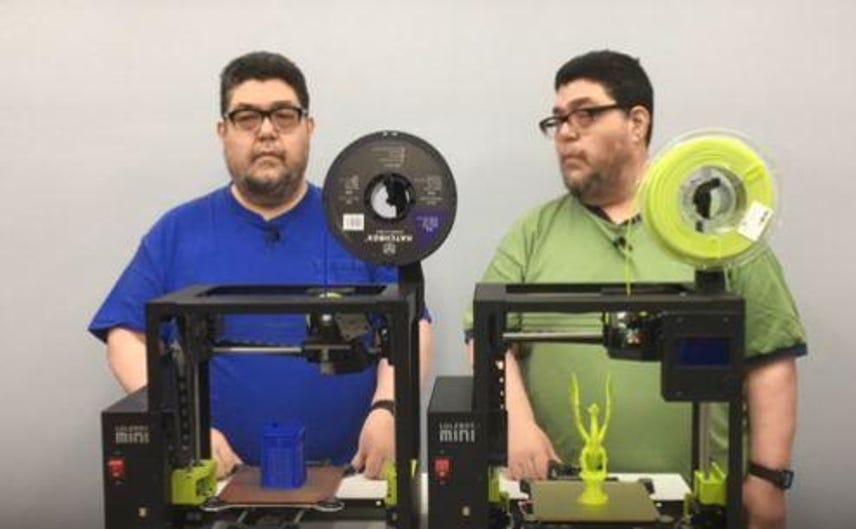 I think it's fair to say that the LulzBot Mini has been one of my all-time favorite 3D printers. It's built like a tank, is rock-solid robust, and hasn't ever let me down.

Now, Aleph Objects, the company behind the LulzBot brand, has introduced the LulzBot Mini 2. It doesn't disappoint.

As the accompanying video shows, the most compelling feature of the LulzBot Mini, its super-strong steel frame, remains virtually identical in the Mini 2. The printer has the exact same footprint and looks nearly identical.

Perhaps the biggest change from the LulzBot Mini is the inclusion of a controller and display on the printer. Back when I first looked at the Mini, I had to add a dedicated external Raspberry Pi to the machine in order to print. Otherwise, I'd have to tether my laptop to the machine full-time, something I wasn't inclined to do given the price of MacBook Pros.

With the Mini 2, you can still connect a Raspberry Pi and OctoPrint to the machine if you want, but it's optional. LulzBot includes a full on-board processor and display running the open source Marlin firmware. Not only will this interface be familiar to nearly anyone who's used a few 3D printers, but it -- like the entirety of LulzBot's offerings, including their hardware -- is open source.

Aleph Objects also updated the standard extruder that comes with the device. It's using a 3D Titan Aero hot end, and has a new filament feeding design. This new design allows for the printing of flexible filaments without requiring a new custom tool head.

That said, the company did ship me a special custom tool head, the Aerostruder v2 Micro LulzBot SL Tool Head. This print head is designed to print in absolutely tiny layer heights (as low as 0.05mm or 50 microns).

Stay tuned, because I'll be working with the Colorado Model Railroad Museum to put this high-detail head to the test. Model trains, especially the super prototypical variety, require a substantial amount of detail in objects that are often less than an inch high.

I'll be printing up a railroad car, a couple of half-inch high people, and a herd of scale-size cows. The folks at the museum will paint and customize them, then place them on the layout. We'll see if a 3D printer can live up to the demands of high-detail prototyping.

I'll also be putting both prints produced with the original tool head and the micro tool head under the microscope, so we can compare exactly how detailed an object the printer is able to produce.

That's coming soon. In the meantime, let me know what tiny objects you might try printing with a 3D printer capable of producing 50 micron layer heights. Jewelery molds? Design prototypes?