Like the UK, France has been something of latecomer to the 4G party compared to some of its European counterparts. However, unlike the UK, the country already has two rounds of LTE spectrum auctions under its belt and all four French mobile operators – Orange, SFR, Bouygues Telecom and Free Mobile - are now testing 4G services in some areas, with some limited commercial services already available.

The country's 4G auctions took place in two phases in 2011. The auction for the first phase, for frequencies in the 2.6GHz band, ended in September 2011, raising €936m for the French government. Licences were granted to all of the country's mobile operators including the then-new entrant Free, which won one of the two larger 20MHz blocks, with France Telecom's Orange, the biggest operator in the French market, getting the other. SFR and Bouygues Telecom, France's second and third biggest operators respectively, were each awarded smaller 15MHz blocks.

The second phase of the auctions, which focused on the distribution of so-called "golden frequencies" in the 800MHz band, was more hotly contested. The lower frequency bands are seen as more valuable because of their propagation characteristics, which allow networks to be built with fewer base stations – meaning operators can keep the cost of construction down.

The prices paid for the 800MHz licences reflected their increased appeal: the second auction, which ended in December 2011, brought in more than twice that of the first, raising a total of €2.6bn for the state's coffers. However, in the second auction, only three of the country's operators acquired spectrum: while SFR paid over €1bn to secure two blocks and therefore compensate for its smaller 2.6GHz block, Free failed to win any blocks at all. Instead, it was given the option of sharing SFR's network.

The result was an increasing closeness between the market's two main competitors: Iliad, which owns Free, and Vivendi, which owns SFR, have been exploring the possibility of merging their mobile operators, but recent reports suggest that the French competition authorities have signalled such a merger wouldn't get the go-ahead. 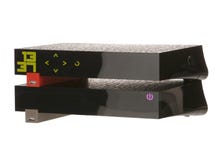 In a further twist to spectrum issues, Bouygues Telecom has applied for approval to refarm its 1800MHz spectrum for use with 4G services, and has said it hopes to get a decision on whether it's a goer this month.

Such a move would provide the operator with an interesting edge on the French 4G market given that Apple has chosen to support the 1800MHz band for the European version of the iPhone 5 . Not surprisingly, reports have already highlighted that its competitors SFR and Orange are likely to fight if Bouygues Telecom's refarming plan is approved.

With 4G spectrum divided up among the various operators, all view next-generation networks as a key part of their future strategies. That said, as is often the case with new mobile networks, progress on rolling out services so far has been slow, with Orange, Bouygues and SFR jointly testing 4G services in Lyon, Marseille and Nantes last year. Free, for its part, is slightly behind for obvious reasons: it's still building out its 3G network and it doesn't have as much LTE spectrum as the other operators. However, the operator is still planning to push ahead with 4G, and reports say it has been given permission to test 4G in Paris and Montpellier.

SFR became the first French operator to launch commercial 4G services for consumers: it debuted services in the city of Lyon ahead of schedule in November and then in Montpellier a month later. Paris also got 4G services last month, with SFR's LTE services going live in the business district of La Défense, at the same time as it added the towns of Courbevoie, Nanterre and Puteaux. It plans to extend its 4G network coverage to Marseille, Toulouse, Lille and Strasbourg in the first half of this year, with a handful of other towns and cities to follow before the end of 2013.

At launch, SFR offered four devices for its 4G network: the Motorola Razr HD, HTC One XL, Samsung Galaxy S3 4G, and the Galaxy Note 10.1 4G. As things stand, the operator has not launched separate LTE smartphone plans, and instead provides 4G as an add-on to existing SFR Carré contracts for subscribers in Lyon and Montpellier.

All plans also include unlimited SMS, MMS and calls in France, as well as a MultiSurf option that allows users to share their data allowance with a tablet. If they need more data, they can recharge their allowance up to four times a month.

Now, SFR's 4G is generally available with the Carrée 2Go plan, with 2GB of data at €39.99 a month, or €29.99 for SFR users who also take a fixed-line broadband product from the company. There are also business tariffs starting at €29 per month.

The second operator to launch any kind of commercial 4G offering is Orange, which has so far focused on business users and companies in its four existing 4G markets of Marseille, Lyon, Lille and Nantes.  Like SFR, Orange also went live with a limited 4G deployment in Paris last month , adding network coverage to the Opéra area of the city. 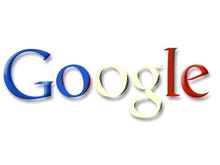 In November, Orange announced the 4G Special Edition package, which includes 15GB of data for a monthly fee of €79, with device options of either the Samsung Galaxy Note 10.1 tablet or Huawei's E392 dongle. However, the 4G Special Edition appears somewhat elusive: it is certainly not evident on the operator's website, and Orange France has not responded to queries about the plan.

Bouygues Telecom, for its part, is awaiting the refarming decision and continues to test 4G services in Lyon and Marseille.

While 4G mobile services are not yet widely available in France and pricing models are still evolving, 2013 still looks set to be the year of wider rollouts, as the three incumbent operators plot their 4G strategies. If 2012 was the year when Free Mobile launched its ultra-cheap services and completely turned the French mobile market upside down, this year could be when subscribers get mobile services with download speeds of up to 100Mbps. The 4G market is all there for the taking.