I love my iPad Pro, but Microsoft's Surface Pro X has a lot going for it. So much, Apple should borrow some of its features.
Written by Jason Cipriani, Contributing Writer on Jan. 2, 2020 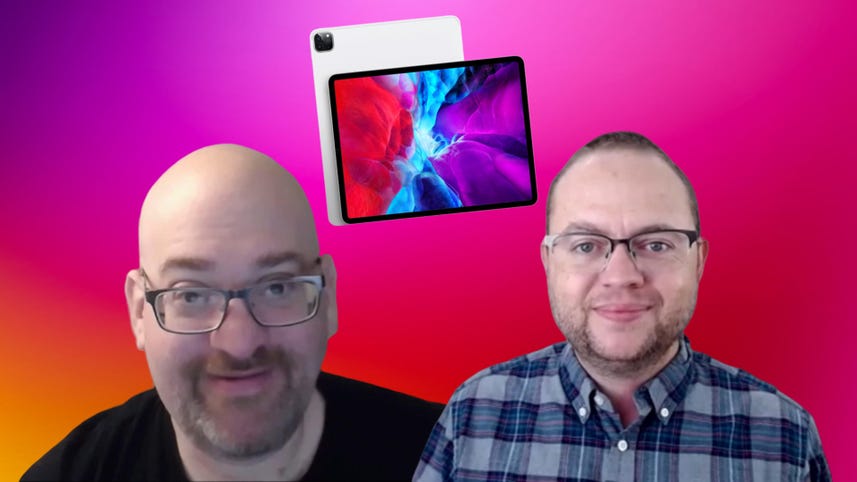 I use my iPad Pro as my main laptop on a daily basis. It's portable, forces me to focus on one or two windows at a time, has exception battery life, and is a device I thoroughly enjoy working on. But when Microsoft announced the Surface Pro X, I was intrigued. The Windows 10-powered tablet that uses a custom ARM processor is a direct competitor to the iPad Pro.

With the promise of a full Windows 10 experience, despite limits of ARM app compatibility, along with the sleek design and Type Cover keyboard, I eventually found myself at Best Buy buying the base model with 8GB of memory and 128GB of storage.

Overall, it's a joy to use, but the software is its limiting factor. The premium design, from the thin bezels, multiple USB-C ports, fast charging, kickstand and the keyboard is as good, and in some ways a lot better than Apple's approach to the iPad Pro line.

However, 8GB of memory meant that tabs in Chrome frequently had to reload whenever I was multitasking. And despite apps like 1Password or iTunes installing and appearing to be compatible with the Surface Pro X, I found them to be incredibly slow and borderline unusable.

The Surface Pro X is a respectable device that'd be better suited with an Intel processor that can run full-fledged Windows 10. At least until developers update their apps and programs to play nicely with the custom ARM processor that powers the Pro X right now.

Not all was lost during my time with the Surface Pro X, however. It opened my eyes to some shortfalls Apple should address with the new iPad Pro, a device we should see at some point in 2020.

It's time for the iPad to get a trackpad

When Apple released iPadOS in September, the iPad gained support for a dedicated mouse. It's currently buried in the accessibility settings, but if you know where to look (Settings > Accessibility > Touch > AssistiveTouch) you can connect a USB or Bluetooth mouse to your iPad and use it to navigate iPadOS.

Overall, it's a familiar experience that makes using the iPad feel like an even more capable laptop replacement than it already is. But the drawback right now is that you have to carry a mouse with you at all times. Having a keyboard with a trackpad built into an Apple Smart Keyboard Cover -- an accessory that uses the Smart Connector for power and connectivity -- would streamline the entire process. I envision connecting a trackpad-equipped Smart Keyboard Cover in the same manner, and it automatically telling the iPad that a trackpad is connected and activating the necessary software tweaks.

The trackpad on the Surface Pro X is smooth and responsive, and just big enough to handle various gestures, taps, and swipes. My lone complaint about the trackpad on the Pro X is that pressing on it and the corresponding click is distractingly loud.

I have zero issues with the keys on the Apple keyboard itself, but I would love for it to have a more ergonomic design.

The backlit keyboard on the Pro X's Type Cover was a pleasant surprise. I've grown accustomed to typing on the iPad in a dark room without seeing the keys, but I don't necessarily enjoy it.

I realize there are trade-offs when adding backlit keys to any keyboard, but the benefits of at the very least having the option to turn on the keyboards backlight outweigh any negatives.

And while we're changing the keyboard, let's figure out a way to provide a better way to prop up the display. Instead of two viewing angles that the Smart Keyboard cover currently allows, some sort of hinged kickstand -- just like the Surface Pro X -- would be ideal. It's especially helpful for times when I'm trying to type on the iPad Pro while it's in my lap or on the ever-shrinking tray tables on a plane.

I don't use or even own an Apple Pencil, but I imagine having a kickstand that can nearly lay the iPad Pro down flat would be a boost for those who like to sketch and draw on the iPad Pro's display.

Instead of forcing users to buy an expensive USB-C adapter in order to connect power, external storage, mouse and a monitor (actually, with Apple's current adapter you couldn't connect all of that to an iPad Pro without adding a hub), add another USB-C port or two to the iPad Pro. With iPadOS adding support for external storage and mouse support, it only makes sense for the iPad Pro to have more ports.

Looking back at this list, I realize that most of the iPad Pro changes I want to see Apple borrow from Microsoft have to do with the Smart Keyboard Cover. If the cover itself was redesigned to provide more viewing angles, backlit keys, a trackpad, and an ergonomic typing experience, it would resolve nearly all of my complaints.

I'll be returning the Surface Pro X in the next week or so. It's a device I wanted to love, but ultimately the software shortcomings are just too much to overcome.

CNET: The top computers and laptops

iPad
How to connect a PlayStation 4 controller to your iPhone