Ericsson will fit out Audi's production lab in Germany with 5G networking technology to test how it can be used in manufacturing vehicles.
Written by Corinne Reichert, Contributor on Aug. 2, 2018 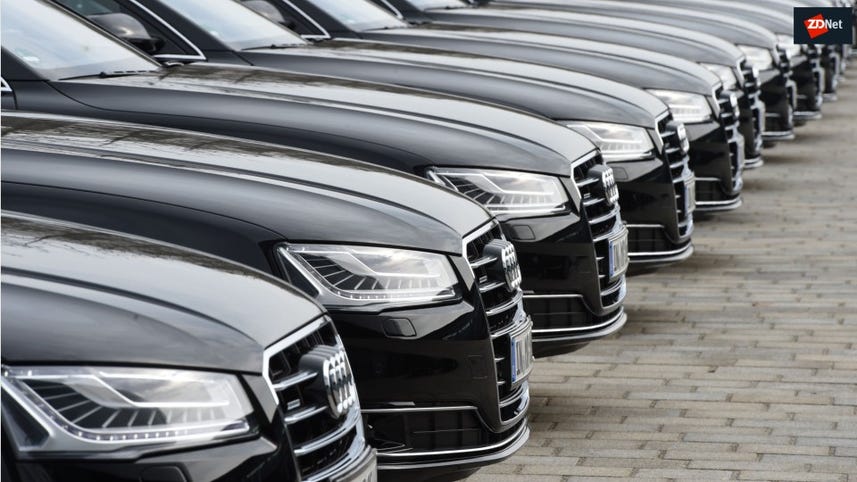 Ericsson has announced signing a memorandum of understanding (MoU) with Audi for the use of 5G technologies during automotive production, with the car manufacturer working towards the "smart factory".

Ericsson and Audi will use the latter company's production lab in Gaimersheim, Germany, with simulated processes mirroring those used in its headquarters in Ingolstadt to run field trials such as wirelessly connected production robots working on car body construction.

The lab will be kitted out with Ericsson's proof-of-concept 5G network, with the companies also looking into the use of such technology across other Audi Group factories.

The five companies formed a connected cars big data consortium a year ago with the aim of connecting cloud computing networks to support real-time mapping, driving assistance, and other services.

Ericsson launched its Connected Vehicle Marketplace back in February 2017, is developing an autonomous vehicle software cloud platform, and has similarly been testing 5G connected cars in the United States with Verizon.

The Swedish networking giant is becoming increasingly reliant on 5G business, last month publishing its financial results for the first half of 2018 and announcing net sales of 93.2 billion Swedish kronor (SEK) ($10.5 billion), down from 98.1 billion SEK a year ago.

R&D spend increased from 17.4 billion SEK to 18.9 billion SEK year on year during the six-month period, "mainly due to increased 4G and 5G investments in networks".

"Customers turn to new technology in order to manage growing demand for data with sustained quality and without increasing costs. This, together with fixed-wireless access, represent the first business cases for 5G. We will continue to invest in securing leadership in 5G," CEO Börje Ekholm said in July.

Ericsson had raised $370 million in December to support its 5G, mobile, and Internet of Things (IoT) R&D activities. According to Ekholm, Ericsson saw growing demand for 5G in the most recent quarter.

The new commute: How driverless cars, hyperloop, and drones will change our travel plans (TechRepublic)

With the IVO Robot Driver, researchers at Ben-Gurion University have a tool for the transition to the autonomous era.