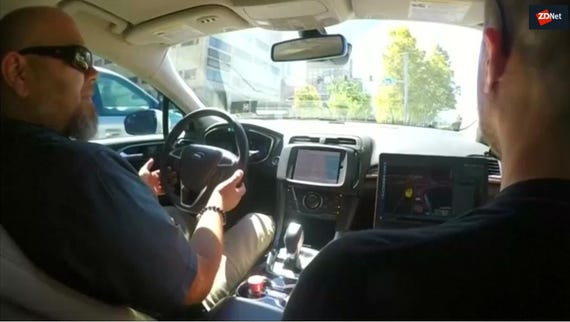 Zenuity, a joint venture between Volvo and automotive safety system company Autoliv, will use Ericsson's mobile connectivity management Internet of Things (IoT) solution, IoT Accelerator, with its own connected cloud solution for data management and security.

According to Ericsson, the Zenuity Connected Cloud will integrate vehicle software and systems with connected safety data gathered from surrounding infrastructure and vehicles.

"The end-to-end offering will consist of in-vehicle software integrated with other vehicle functions, onboard sensors, and cloud support functions that will provide external data from other vehicles and cloud infrastructure," Ericsson explained.

"This will enable real-time visibility to guide vehicles with information and events in transit."

Zenuity CEO Dennis Nobelius said the platform would also provide equipment manufacturers with scalable cloud-based solutions to speed up time to market for their own connected car applications.

Once complete, the Zenuity-Ericsson offering will be sold and marketed by Autoliv to automotive companies across the globe.

The Automotive Edge Computing Consortium said it would be concentrating on developing new architectures to support the expected 10 exabytes a month that will be generated from smart cars, with plans to also propose industry standards and best practices.

Ericsson launched its Connected Vehicle Marketplace back in February, with the cloud-based service aimed at allowing equipment manufacturers to share data and applications with third parties.

According to Ericsson CEO Börje Ekholm, the Connected Vehicle Marketplace is an essential part of Ericsson's strategy for enabling connectivity, security, and innovation across the automotive industry into the future.

The marketplace is also powered by Ericsson's IoT Accelerator.

In May, it also trialled 5G network technology across connected cars during the lead-up to the Indianapolis 500 motor race in partnership with Intel and telecommunications carrier Verizon.

The companies made use of 5G technologies such as beam forming and beam tracking, wherein antenna arrays steer a beam to where a user is with less radio interference, attaining speeds in excess of 6Gbps across Verizon's 5G trial network.

More than 180 beams were targeted at the car on the Indy 500 racetrack, with a prototype 5G antenna installed on the roof of the vehicle.

"The solution supports today's connectivity needs, with either ASI or IP inputs and 4:2:0 or 4:2:2, 8-bit or 10-bit uncompressed outputs via a range of industry standard connections."

"This innovation will offer a way for contribution service providers to deliver revenue-generating, immersive viewing experiences like UHDTV at an affordable cost," Jordan added.

"They will be able to repurpose media-processing applications and optimise cloud architectures."

Ericsson in April similarly said Australian carrier Telstra would be deploying its virtualised video-processing system in order to offer broadcasters cloud-based processing, transcoding, streaming, and distribution of media workloads via micro-services across its network.

They will also be launching an LTE-Broadcast (LTE-B) network across the country to be progressively deployed between 2017 and 2018.