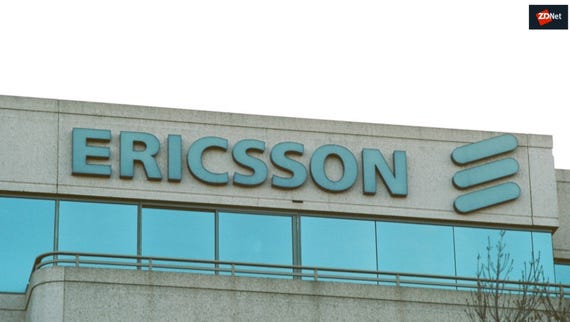 Faith in 5G: How Ericsson plans to expand
Watch Now

Ericsson has published its financial results for the first half of 2018, announcing net sales of 93.2 billion Swedish kronor (SEK) ($10.5 billion), down from 98.1 billion SEK a year ago as CEO Börje Ekholm again pointed to a future in capturing 5G business.

R&D spend increased from 17.4 billion SEK to 18.9 billion SEK year on year during the six-month period, "mainly due to increased 4G and 5G investments in networks".

"Customers turn to new technology in order to manage growing demand for data with sustained quality and without increasing costs. This, together with fixed-wireless access, represent the first business cases for 5G. We will continue to invest in securing leadership in 5G," Ekholm said.

"This includes further investments in R&D, to solidify our complete 5G portfolio, and investments in field trials. We also intend to selectively capture new business opportunities through our 5G-ready 4G portfolio to extend our footprint as operators prepare for 5G. We provide solutions for all frequency bands for 5G, which strengthens our global competitiveness."

Ericsson had raised $370 million in December to support its 5G, mobile, and Internet of Things (IoT) R&D activities. According to Ekholm, Ericsson saw growing demand for 5G in the most recent quarter.

"We have gradually improved the cost position and will continue to have a strict cost focus in order to further increase competitiveness and efficiency. We are confident in reaching our long-term target of at least 12 percent operating margin beyond 2020," he added.

Ericsson also used its Q2 financial results to announce the appointment of Jan Karlsson as senior vice president and head of Business Area Digital Services, with Ekholm attributing the company's digital services turnaround to his leadership.

During the quarter, Ericsson announced 5G trials with Australia's National Broadband Network (NBN) company; deployed a machine-learning radio network with SoftBank; and trialled LTE on the 3.5GHz band with Nokia and Verizon.

It last month also launched a 5G innovation lab in India, saying it will encourage collaboration on 5G technologies and applications between telecommunications carriers, industry, startups, and academia.

The Center of Excellence and Innovation Lab for 5G is located at the Indian Institute of Technology (IIT) Delhi, and is currently demonstrating 5G beamforming and beam-tracking technologies using the 3.5GHz spectrum band.

Ericsson had in April announced a net loss of 700 million SEK for the first quarter of 2018, at the time saying the payoff is starting to come through as a result of the company's "focused business strategy", as well as its investments in 5G and cloud R&D initiatives.

"A cornerstone in our strategy is to invest in R&D for both technology leadership and cost leadership, which will allow us to generate higher gross margins," the chief executive said at the time.

Ericsson's full-year financial results report in February revealed that it had cut 10,000 jobs during Q4 of 2017 as sales declined across all segments, with restructuring charges for full-year 2018 estimated to be between 5 billion and 7 billion SEK.

This followed the company in January announcing a write-down of 14.2 billion SEK ($1.8 billion) following impairment testing and restated financials due to a new segment structure announced last year.

A non-cash tax charge of 1 billion SEK was also announced due to a change in the United States corporate income tax rate.