Vodafone, EE, Hutchison, and Telefonica have won the race for the airwaves they need to deliver 5G services in the UK.
Written by Steve Ranger, Global News Director on April 5, 2018 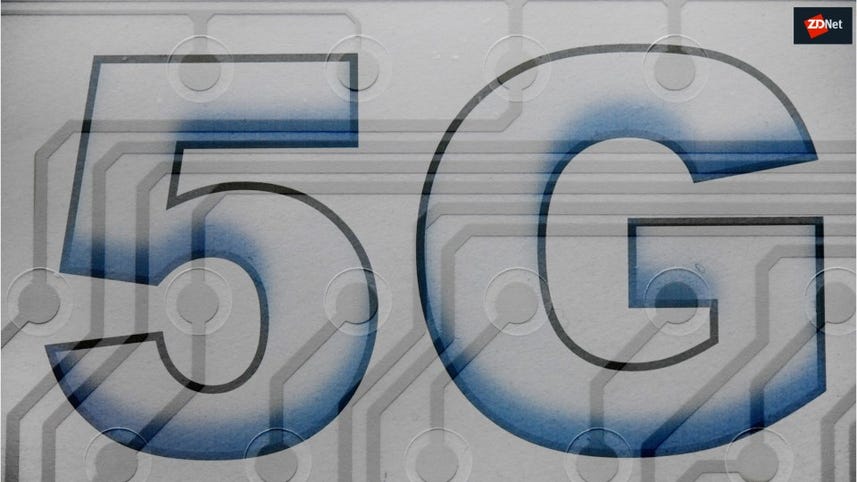 Telecoms companies have spent nearly £1.4bn in a race to grab the airwaves they need to start offering 5G mobile services.

5G promises faster download speeds for mobile device users and will provide the bandwidth needed to connect up driverless cars and the vast numbers of Internet of Things (IoT) devices and sensors likely to be deployed in the next few years. Telcos are likely to start introducing 5G in the next couple of years, so having the spectrum in place to provide services is one of the necessary first steps. Recently the UK government said it wants to create a '5G city' as a testbed for the future rollout of 5G phone networks across the UK.

Ofcom has announced the results of the auction it held to share out the spectrum available for existing 4G and future 5G mobile services. The auction covered spectrum in two frequency bands: 2.3GHz, which is used by existing 4G networks, and 3.4GHz -- one of the spectrum bands earmarked for 5G, the next generation of mobile technology.

Five companies took part in the auction, which featured 34 slices of of spectrum being made available across the two bands.

Download now: IT pro's guide to the evolution and impact of 5G technology (free PDF)

The regulator said the total value raised was £1,355,744,000: all money raised from the auction will be paid to HM Treasury.

Vodafone said it will use the 3.4GHz spectrum to deploy 5G services, "enabling Gigabit speeds and lower latency to enhance applications including connected vehicles and robotics, industrial automated systems, and virtual and augmented reality".

In the final stage of the auction, companies that have won spectrum in the principal stage will bid to determine where in the frequency bands their new spectrum will be located.

Ofcom spectrum group director Philip Marnick said: "Releasing these airwaves will make it quicker and easier to get online on the move. It will also allow companies to prepare for 5G mobile, paving the way for a range of smart, connected devices."

While £1.4bn for the Treasury seems like a good deal for an invisible asset, and is more than City analysts expected the action to raise, it's small change compared to the £22.47bn which the 3G auction raised back in 2000 when big-spending companies including TIW, Vodafone Airtouch, BT, One2One and Orange created a huge windfall for the government.

UK government seeks city to showcase 5G connectivity
The British government is spending £200 million on testbeds for the rollout of 5G phone networks, and it's looking for a city that can come up with some innovative projects

How US carriers moved up the timeline on 5G
The GSMA sees the US and Korea as the two leaders in 5G. Here's why they've been able to bring 5G to market faster than anticipated.

The industries at the forefront of 5G
We spoke with Verizon about the timeline for bringing 5G to the enterprise, and the first industries that are likely to adopt it.

Spending bill paves way for 5G (CNET)
The $1.3 trillion US government spending bill just signed into law includes a bipartisan effort to accelerate the spread of 5G in the US.