Technology is, unfortunately, a hype-infested industry. Every new device has to be insanely great; every new piece of software has to be the harbinger of a business revolution.

Occasionally it's actually true. But mostly we're just the victims of the hyperbole put out by marketing people trying to encourage us to buy what's often a modest upgrade at best. Software -- and indeed most technology -- is pretty dry stuff, so companies need to tell stories about their products to explain where they fit in the world and why we should care.

So it's interesting to see how the story around 5G is currently evolving. 5G means more bandwidth and lower latency, which should mean richer and more responsive mobile applications and services. That could be anything from real-time augmented reality (without the motion sickness) to swarms of Internet of Things devices all transmitting data in real time.

But, rather unexpectedly, this futuristic vision is now being downplayed by many in the industry.

"We know that 5G in 2019 will not be about autonomous cars, smart cities, automated factories," Marc Allera, CEO of BT's Consumer division, told reporters last week. He's not alone in taking this view. "Everyone loves to talk about autonomous cars, robotics and remote surgery, and things like that. It sounds good, but in reality it's still some way away," said David Dyson, CEO of the Three network earlier this year. 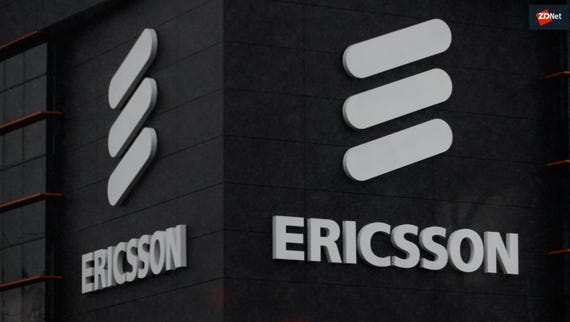 That's not to say that these innovations aren't possible somewhere down the line, but the reality is that there will be very few 5G-capable handsets for sale until late next year. So in the short term at least, 5G will be much more about adding capacity to the mobile operators' networks. Dull, but useful.

What may be more useful than whizzy augmented reality or autonomous cars could be the option of replacing your slow fixed broadband with faster 5G wireless broadband. There are still plenty of places across the UK where the fixed broadband on offer is depressingly slow; if one of the mobile operators can offer a service that's faster at a decent price, that could be a very attractive proposition to many. Sure, it's not as exciting as self-monitoring robotic factories, but it's much more useful.

The mobile networks are wise to be a bit more realistic about the benefits of 5G in the short term. Perhaps they realise that the early hype around 5G was already too great. If they overhype the capabilities now it's going to be much harder for them to sell us the real innovations when they finally arrive. In particular, there's not much to get that excited about until 5G handsets arrive.

But this unexpected level of pragmatism doesn't mean hype is completely absent. Rarely does a week go by without a network somewhere trumpeting some kind of first -- the first live trial, the first holographic call, for example. All of this one-upmanship is entertaining, but doesn't mean all that much in the grand scheme of things.

Still, dampening down the hype and being a little more pragmatic about new technology is refreshing and welcome. We can only hope it will spread to the rest of the tech industry.

Join Discussion for: Tech companies are dialling down the hype...