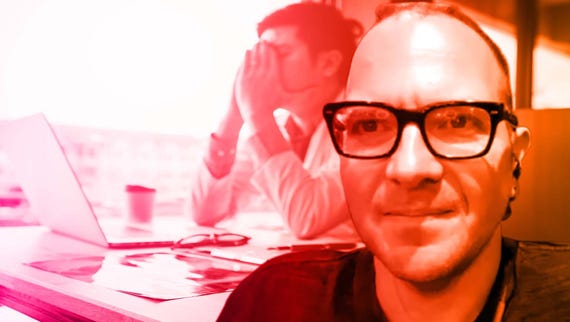 The epic battle of Amazon versus Walmart is the ultimate clash of the retail titans. But for Amazon, it's part of a broader battle royale as opposed to a boxing match. Many of its competitors have already thrown in the towel due to competition or digitization or just shifting societal trends. But those who are still in the fight are looking to technology to compete with the online giant.

One genre-defining retail chain engaged in an atypical battle with Amazon is 7-Eleven. It's atypical because, unlike most category-driven chains with which Amazon competes, the competition is not just about adding a new item to Amazon's stoic website menu and filling bins in its colossal warehouses with more products.

Rather, the key to competition is Amazon Go, the company's sci-fi-inspired checkout-free convenience stores for which 7-Eleven is the most direct competitor. Historically, for Amazon, new product categories have plugged into its unmatched and mature distribution machine to achieve instant scale. However, the high-tech sensing wizardry that enables the Amazon Go shopping experience makes the stores expensive propositions to build. The company has been rolling them out at a gradual pace. Still, some financial analysts predict that Amazon could build as many as 3,000 of the stores by 2021. That would be less than half of the number of 7-Eleven stores in the US today.

So, 7-Eleven has a bit of breathing room, but it's not sitting still. The company is rolling out a self-checkout feature in its app that allows customers to scan barcodes of products and pay via PayPal or other online methods. However, checkout is not totally automated. Upon leaving the store, one must put their smartphone with the app running face down on a scanner to complete the transaction. As with Amazon Go -- and unlike older self-checkout systems such as those at CVS or Home Depot -- there's no bag dispensing as cities such as New York follow San Francisco in banning plastic bags.

What 7-Eleven has really done is not eliminate checkout lines but create two of them, one of which should have a shorter queue. Lines at the company's stores generally aren't too long as people pick up just a few items at a time as opposed to, say, a warehouse club. But it's clear that the prospect of competing with Amazon Go has the convenience chain focusing on the signature experience of that store. 7-Eleven's process may be primitive compared to Amazon's, but it does result in a faster checkout by waiting on even a short line.

7-Eleven may find challenges stepping up the adoption of more advanced tech programs since, as a franchisor, it must pass those costs on to franchisees. In contrast, Walmart, which is moving forward with its own checkout-free experiences (among many other experiments), owns its stores, has far fewer to equip, and more to gain by reducing lines. Indeed, the real near-term win for Amazon is not the handful of Amazon Go stores but the hundreds of Whole Foods Markets it now owns. But cracking the right approach to automation should already be on the strategic priorities of virtually every major chain. Already, we see new companies run with virtually employee-free stores for coffee (the high-tech-sounding Cafe X) and frozen yogurt ( the throwback-sounding Reis & Irvy's).

For now, even 7-Eleven's new feature does little to hold Amazon at bay, and the effort will create some short-term benefits for the company. After making a $5 purchase, I was soon greeted with an email welcoming me to the company's rewards program.

Amazon Go, Cafe X show a future of retail automation
The two futuristic retail experiences offer a contrast in how advanced tech can be used to prepare beverages on the spot as well as eliminate the scourge of the checkout line. But humans are still in the picture for now.

Inside an Amazon warehouse that ships your supersized purchases
Because if you want a javelin or a life-size Yeti statue, you need it with two-day shipping.