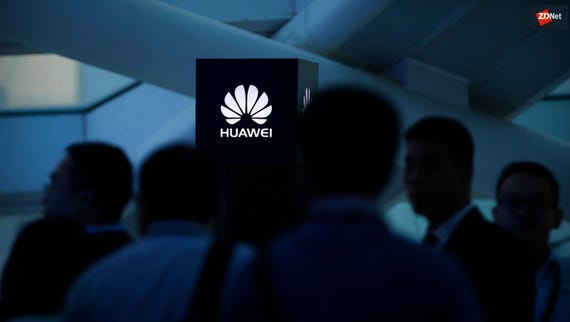 I recently spent a week in Europe toting around the Huawei P20 Pro on a Huawei media tour. The company flew a handful of journalists overseas for a chance to learn more about the P20 Pro's camera system and the company's partnership with the high-end camera company Leica.

When Huawei and Leica first announced the partnership to use Leica technology in Huawei smartphones to improve the camera experience, there was a lot of doubt regarding whether this was a true partnership -- where both companies are actively working together -- or just a licensing deal.

After several conversations and a visit to Leica's campus in Wetzlar, Germany, I've realized this isn't a mere licensing deal. Looking back on the trip, I learned quite a bit about the partnership.

In 2014, Huawei was looking for ways to improve its smartphone cameras, and Leica had been looking to branch out into the mobile space. Through a series of talks, Huawei and Leica decided it was a match and began working on what was eventually released in the Huawei P9 in 2016.

They're not glass. It's true. Leica may be known for its glass lenses in far more expensive cameras, but the lenses used on Huawei smartphones are plastic. When asked about any challenges or obstacles a plastic lens presents, Leica officials equated the plastic used for Huawei lenses to just another form of glass. Albeit a far less expensive form of glass.

Who makes the lenses?

Neither Leica or Huawei manufacture the lenses. Instead, a third-party manufacturer in Asia mass-produces the lenses to the specifications agreed upon by Leica and Huawei. It's not surprising that Leica doesn't produce the lenses, as its campus just isn't built for mass production of smartphone components. Huawei has sold six million P20 series phones, with two to three lenses on each phone -- the Leica campus isn't designed for that size of production undertaking.

It's about more than lenses and a logo

The partnership doesn't stop at just lens design. In fact, there are a total of four different components of the partnership: Sensors, lenses, ISP, and tuning. Leica and Huawei have a team of engineers dedicated to working together to fine tune each of those items, make design decisions, and craft the overall camera experience on Huawei phones.

Read also: Why Huawei smartphones are locked out of the US - CNET

The collaboration stops at still photos, however. Right now, Leica has no input on the front-facing camera along with video capture.

For example, there are three modes -- standard, vivid colors, smooth colors -- in the Huawei camera app that are easily accessed and not hidden behind some convoluted menu. These three modes are designed to imitate color modes that Leica cameras have used for years.

Leica may have its hand in making prescription glasses, working with car companies to put its lenses in vehicle cameras, high-end watches, and anything else that includes a glass lens of sorts -- but as far as smartphones are concerned, you'll only find the Leica name on the back of Huawei devices. It's an exclusive deal.

Already working on features four years down the road

Naturally, when talking with various members from Leica and Huawei, it's hard not to ask about the future. Also natural is the tendency for companies to deflect the question and not reveal anything too juicy. Try as I might to ask about how many lenses we can expect on the Huawei P30 or even P40, the most information I could get was that Huawei and Leica are already working on camera features for devices four years down the road.

What that looks like, exactly, is still a mystery.

Join Discussion for: 7 things to know about Leica and Huawei's...