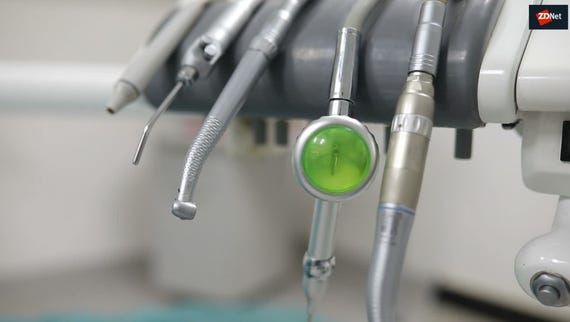 A robot performed autonomous dental implant surgery on a patient for the first time last week.

The hour-long surgery, which took place in Xian, Shaanxi province, China, was performed without intervention from medical staff, who were on hand in case something went wrong.

The robot that performed the surgery was following a set of pre-programmed instructions. Medical staff placed orientation mechanisms in the patient's mouth prior to the procedure, then stepped back. Due to the nature of the surgery, for which the patient was awake and alert, the robot needed to respond to unexpected movements and recalibrate as it implanted two 3D-printed teeth.

Robots aren't new in the field--many dentists train on robotic dummies. In the U.S., oral surgeons are quickly adopting robot assistants for dental implant surgery. One system, called Yomi, was recently approved for use by the FDA.

It's a trend reflected in other specialties. Many prostate removals in the U.S. are now performed by surgeons using the da Vinci system. There are several minimally-invasive surgical robots in development from companies like Auris.

But robots that perform autonomous surgeries are very much in the proofing phase. Last year, an autonomous robot bested surgeons in a competition to stitch up pigs' small intestines. That raises interesting questions about the future of surgery--and the job stability of surgeons.

Most discussions about the effects of automation on labor center around manufacturing jobs, which are traditionally blue collar. Surgeons aren't yet losing work to machines, but they're certainly seeing the field rapidly transform. Automation of routine procedures seems inevitable.

The Chinese robot that performed the implant surgery arose out of a collaboration between Beijing's Beihang University and the Fourth Military Medical University's Stomatological Hospital, according to the South China Morning Post, which first published the news.

It was conceived as a solution to the dearth of qualified dentists in China. By some estimates 400 million people in China need new teeth. There aren't enough dentists to meet demand.

Join Discussion for: ​A robot implants 3D-printed teeth in a Chinese...