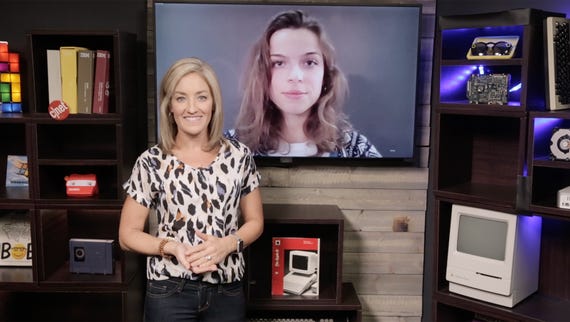 Why are UK universities struggling to turn their researchers' inventions into startups?
Watch Now

The UK is hardly short of academic talent: it is the third largest publisher of research papers, behind the US and China. But a new study released by venture capital company Octopus Ventures suggests that too many ideas are left in labs, and never actually make it to the stock exchange.

This failing, according to the report, could cost trillions of pounds to the UK economy every year.

The study aggregated data since 2009 to rank UK universities based on how successful they have been at setting up companies to commercialise the intellectual property created by their researchers, also called university spin-out companies.

To do so, it measured universities' production of intellectual property, their creation of spin-out companies, and whether they then efficiently exited from those companies.

In other words, the report gauged how entrepreneur-minded the UK's higher education sector is. Its conclusion? Not enough.

Simon King, partner at Octopus Ventures, said that although some technology companies have emerged from the UK's leading research universities, "the opportunity is much greater".

He told ZDNet: "Researchers are not trained to be entrepreneurs. They spend most of their time problem-solving and thinking about their next publication. They need a different set of skills to commercialise their ideas, and the right organisations to inform them on how to do it."

One example of how academic entrepreneurship should be done is Queen's University in Belfast, which the report identified as the British institution producing the most spin-out companies, relative to its funding.

Queen's University, explained King, gives its spin-outs the highest chances of success: the institution has a "commercialisation arm" called QUBIS, which is responsible for selecting the ideas that are most likely to generate market interest.

QUBIS then focuses on advising and providing financial support at the early stages of the company. "QUBIS is central to the success of Queen's University," said King. "It acts, from the earliest stage, as a support network for those spin-out companies."

With the help of QUBIS, the university has had notable successes such as software company Kainos or manufacturing firm Ando Technology, which was purchased by Oxford Instruments in 2013 for £176 million.

In a similar way, the University of Oxford partnered in 2015 with Oxford Sciences Innovations to "provide capital and scaling expertise" to its spin-outs – a move that immediately brought out untapped commercial potential from within the university's research teams.

Since 2010, the number of companies built out of its labs had been stagnating at around five a year; when the partnership was established, the number jumped to over 20 spin-outs created in 2018.

The successes of Queen's University in Belfast and Oxford University, however, are still dwarfed by a single institution in the US. The Massachusetts Institute of Technology (MIT) is where more than 26,000 active companies originated, which combined have an annual turnaround of over $2 trillion.

To put things into perspective, if the active companies formed by MIT graduates formed an independent nation, their revenues would make that nation the 17th largest economy in the world.

For King, British universities can only compete against their giant US counterparts when they start providing both business expertise and financial support to their spin-outs from an early stage.

But for Konstantin Novoselov, a researcher who won the Nobel Prize in physics in 2010 for discovering graphene at the University of Manchester, the problem is deeper-rooted.

He explained that if universities fail to commercialise their students' ideas, it is first and foremost because those ideas are disconnected from the real needs of businesses.

"We need to adapt modern education so that it responds to the demands of industry," he told ZDNet recently. "In their present form, universities are incapable of innovating efficiently."

He believes that this can change if businesses invest in education from the start, and focus research on the particular challenges they need to tackle. "A public partnership is essential – but the only way to innovate is to get industry on board at the very beginning."

He is not the only one who has disapproved of the lack of academic entrepreneurship among universities. In 2012, Tim Wilson, professor at London South Bank University, said in a research paper that there is an on-going belief that universities are "unresponsive" to the particular demands of businesses.

According to Wilson, universities will only fully reap the commercial benefits of academic research through closer collaboration with industry.

King, while agreeing that responding to industry's demands should be a priority, nevertheless said that this shouldn't put a ban on blue-sky research. Without such broader research, some crucial inventions like antibiotics or penicillin would have never been created. "You never know what you'll find," he said.

"And we shouldn't forget that universities don't only exist to create products for businesses," he said. "Only focusing on industry needs isn't helpful. A big part of academia is also to educate and teach."

Join Discussion for: Start-ups: Why can't UK universities be more...