Fifteen years and a Nobel Prize later, graphene's creator is thinking even bigger

Graphene, the super-strong, super-light and super-conductive material that was discovered in 2004 is often described as the material of the future. But it might be just the beginning.
Written by Daphne Leprince-Ringuet on Nov. 12, 2019 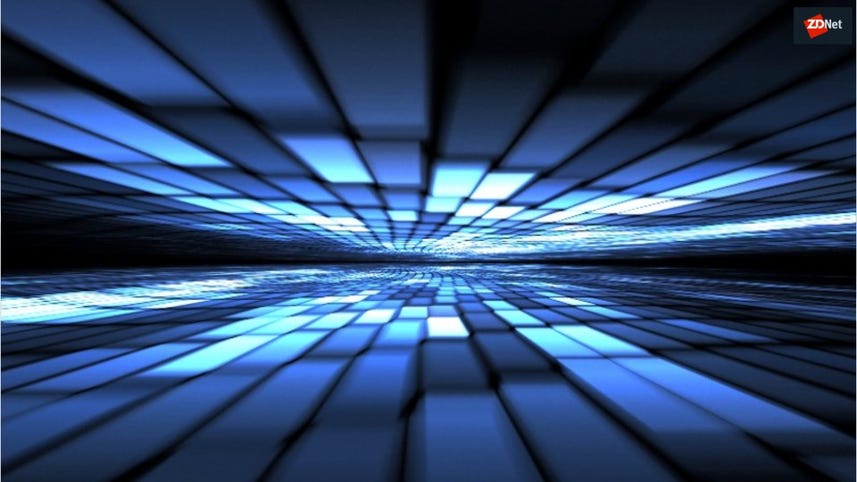 At an event in London to celebrate the 15 years that have passed since graphene was discovered by Andre Geim and Konstantin Novoselov, the latter encouraged researchers to tackle issues ranging from climate change to disease with a new wave of "advanced materials" that could soon follow graphene.

Discovered in 2004 at the University of Manchester, graphene is, simply put, one incredibly thin layer of graphite – that is, the carbon lead you can find at the tip of your pencil.

More scientifically, it is an atom-thick sheet of hexagonal carbon atoms, arranged in a honeycomb structure. Because one of its dimensions – its width – is nano-sized, graphene is effectively a 2D material, and the first one ever discovered by man.

Its properties often make it sound like it has come straight out of science fiction. It is 200 times stronger than steel and six times lighter; an engineering team from Columbia University once famously said that it would take an elephant balanced on a pencil to break through a sheet of graphene as thick as cling film.

And it has extraordinary conductivity properties, which is why it has caused such excitement in the electronics industry. Samsung Electronics, for one, has already synthesized a "graphene ball" that could be used to make batteries last longer and charge faster.

There are now 6,000 companies in China alone that are registered as graphene-related. Huawei last year started using it to manage heat in its phones. Xiaomi's earphones contain a graphene diaphragm for faster sound transmission. Even runners can expect to find it in next-generation, stronger trainers.

Graphene belongs so much to the future that it is already being played down as "hyped up" – which is almost a necessary baptism for any self-respecting new technology. The difficulty of producing it on a large scale and up to tight quality standards, particularly, has led it to be increasingly referred to as a "not so wonder" material that is failing to deliver on its promises.

Its creator Novoselov brushed off those claims with a shrug. "Graphene will become a commodity material", he assured ZDNet. "The hype is part of a natural cycle. New technology is never fast to be applied commercially, especially in the case of nanomaterials."

He has a point. Take silicon: the material was discovered in 1824, but it was only 124 years later that the first silicon chip was created.

Serial tech entrepreneur Serguei Beloussov, who also boasts a PhD in computer sciences, shares a similar vision. He compared the graphene hype to parents complaining that their two-year-old child can't run a marathon: "That's because he is two years old", he told ZDNet. "It's a long process."

For him, there is no doubt that graphene is all set to be widely adopted in the commercial future. In some respects, it is already a scientific thing of the past.

Beloussov has, in fact, just launched a new education and research center, the Schaffhausen Institute of Technology (SIT), with Novoselov as chairman of the advisory board; among the areas of study, he said, graphene will not have the place of honour.

Instead, students can apply themselves to researching what Novoselov focused on in his presentation: advanced materials.

Those are new, unique materials that scientists didn't believe could physically exist, and graphene is one of them. Novoselov explained that back in 2004, before his discovery, the scientific community denied the very possibility of graphene: "At that point, we thought it shouldn't exist," he said.

Researchers had already speculated about the material, but had concluded that a single, 2D atomic layer was too unstable a state to make it a physical possibility.

So when Novoselov and Geim started separating layers of carbon – at first simply by placing sticky tape on graphite and pulling them apart – to eventually discover graphene, what they actually did was to create something that had never before been seen in nature.

For Novoselov, this is the real interest of the material – more so than the material itself. "Graphene opened the way for other 2D materials, and then artificial materials. That's the focus of my research now," he said.

SEE: These 10 technologies are most likely to help save planet Earth

Graphene demonstrated that there might be a world beyond the naturally-occurring substances we use to build objects.

To illustrate, he takes the example of the human body, in which each cell is active and functional: materials modelled on cells could behave in such a live way, reacting to different environments and solving problems.

The possibilities are countless. "It was a long thought process from graphene to what I am doing now", said the physicist. "And it's a completely new paradigm to work on. But we could tackle so many problems with that type of technology."

In computer technology, there is reason to be excited. The electronics industry is locked in a race to perform while having to support a growing consumption of data, which has led to producing ever-smaller silicon chips packed with transistors.

Quantum computers or photonic computers are examples of solutions engineers are turning to to solve the problem. Cue advanced materials.

"Our technology is limited to a few materials, with limited functionalities, and we have been too timid to present new solutions", said Novoselov. "Advanced materials can change that."

His perspective is one of a scientist, but it could also be that of an entrepreneur. The commercial opportunities that advanced materials could open up are indeed, huge – and that is exactly the rationale behind the creation of SIT.

He explained that the new institute will be a new form of partnership between industry and education, in which the fundamental research undertaken will be targeting the challenges that have been specifically identified within industries for the next twenty years. They include global warming, space exploration, wars and violence, poverty and many more.

"Although we call them 'advanced materials', we are only at the very start of this new technology. There are so many solutions it could bring, which we didn't even know we needed."