A leading civil liberties group is joining Microsoft's lawsuit against the Justice Dept. in an effort to challenge the use of secrecy orders, which prevent tech companies from telling their customers when their data has been turned over to the government.

The American Civil Liberties Union (ACLU) filed a motion Thursday asking a Seattle court to intervene in the case on its own behalf as an organization that relies on Microsoft's services. 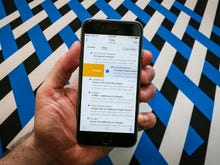 Parts of the law governing national security requests have been declared unconstitutional by previous courts.

Microsoft earlier this year sued the Justice Dept. to challenge the government's use of secret orders for customer data. The software giant said it had been forced to keep quiet on more than half of the 5,000 federal demands it received in a recent 18-month period.

Most tech companies inform their customers when their data must be handed over, but they can't when demands are accompanied by a gag order. Although usually reserved to prevent tip-offs, leaks, or destruction of data in national security investigations, gag orders are increasingly used in run-of-the-mill criminal cases.

Microsoft's case cited the First Amendment which the company said "guarantees our right to talk to customers about how government action is affecting their data."

Though the ACLU agreed, the civil liberties group argued that the case also touches the Fourth Amendment, which protects against unwarranted and unreasonable searches by the government.

The ACLU said that the government cannot search and seize individuals' data without informing them, arguing the practice is "unconstitutional."

"A basic promise of our Constitution is that the government must notify you at some point when it searches or seizes your private information," said Alex Abdo, senior staff attorney at the ACLU.

"Notice serves as a crucial check on executive power, and it has been a regular and constitutionally required feature of searches and seizures since the nation's founding. The government has managed to circumvent this critical protection in the digital realm for decades, but Microsoft's lawsuit offers the courts an opportunity to correct course," said Abdo.

A Microsoft spokesperson said in a statement: "We appreciate the support from the ACLU and many others in the business, legal and policy communities who are concerned about secrecy becoming the norm rather than the exception."

You can read the full complaint here.