Saying "no" to the government is never a good idea. But Microsoft had little option.

In a little under a week, Microsoft will again head to a Manhattan court in an effort to try to quash a search warrant, sought by the US Justice Department, in an international drugs-related case.

The warrant itself isn't out of the ordinary, but it does contain a crucial facet: It is demanding data on an email account stored by Microsoft in a datacenter in Ireland. 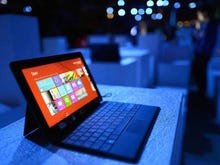 How one judge single-handedly killed trust in the US technology industry Well that's certainly a phrase one US judge can nail on the casket of her career.

Microsoft argued the search warrant goes way beyond the means of a traditional search warrant because it forces the company to hand over data it stores in another country, which in itself is subject to different laws and regulations.

This one case will determine -- effectively -- how far the US can use its own legal system to compel companies doing business within its borders to hand over data it stores overseas.

As one report put it, the case will determine whether data has a "nationality."

Two US judges -- a magistrate and a district judge -- have already agreed with the government. After dancing with the government's lawyers on technical issues, Microsoft vowed to carry on fighting at the appeals level. Microsoft swallowed a contempt of court charge in order to continue, which gives judges wide discretion to seek fines or even the prosecution of individuals.

"Big deal," you might think. "Why should I care?" Because the case is the first of its kind, it sets up the possibility that -- should the government win -- that it can do this on-demand in the future, without using the courts.

That may have a catastrophic effect on the US businesses -- the same kind of economic impact between China and the US in the wake of the Edward Snowden revelations.

Since the case began, unlikely allies of Microsoft have come to its defense: Apple, Verizon, and NPR, as well as Fox News, privacy groups like the Electronic Frontier Foundation, and even the Irish government -- which doesn't want its sovereignty violated.

Why doesn't the US Justice Department just ask Irish authorities for the data? There is a system for that, called "mutual legal assistance." It's one of the few but crucial ways authorities from different countries can talk to each other and share information. But it's often slow and cumbersome, says Lee Tien, Electronic Frontier Foundation senior staff attorney, speaking to The Guardian. And, it doesn't always lead to a result. At least, that's what the Justice Department has said in its filings.

That's why the Justice Department wants to go to the companies directly, most of which are based in the US, even though most of the world's data is stored outside the US.

This case, if lost, will likely sink any remaining trust in the US cloud industry -- and that includes your emails, your stored documents, and sensitive business data, particularly for those outside the US.

And that's a problem. You inherently must trust your service provider, or you wouldn't use it. If Microsoft loses the case, any trust you may have had goes entirely out of the window.

No doubt, Microsoft has a keen interest in fighting the case in order to maintain the status quo. The software giant's cloud business is worth $8 billion alone. And, with software and cloud contracts with hundreds of thousands if not millions of global corporations and governments alike, the last thing the company wants is to be a conduit for the US surveillance machine -- any more than it has to already. But other companies, including Apple, Google, Amazon, Cisco, and telcos such as Verizon, will be impacted by the decision, which will apply to them respectively.

Among many of the knock-on effect fears is that this sends a message to the rest of the world. A report in Bloomberg on Wednesday suggested the possibility that China, a "frenemy" to the US, could demand the records of US persons through one of its mainland companies, such as Alibaba, Lenovo, and Baidu.

"We better decide we're not going to try to impose our law on other people," said Microsoft general counsel Brad Smith, a mantra he wants to maintain at the next court appearance this month.

Americans may trust businesses in their own stomping ground. But to the outside world, trust remains a big issue -- in particular, Europe, which has some of the strongest data protection and privacy laws in the world.

Simply put: Why would any company, citizen, or even government trust a cloud company if it's subject to the whims of US intelligence?

Microsoft's next court appearance is September 9.

Join Discussion for: How Microsoft's data case could unravel the...