Full Bio
Posted in Between the Lines on October 29, 2013 | Topic: Security

That hack attack on Adobe's user base has turned out to be a lot more serious than originally revealed. 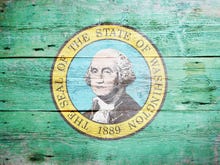 According to Krebs on Security on Tuesday morning, the security breach is said to have impacted personal and sensitive user data tied to approximately 38 million accounts.

The original estimated figure was around 2.9 million when first admitted by Adobe representatives on October 3.

Brad Arkin, senior director of security for Adobe products and services, explained in a blog post at the time that the attack concerns both customer information and illegal access to source codes for "numerous Adobe products."

A few examples include Adobe Acrobat, ColdFusion, and the ColdFusion Builder.

We reached out to Adobe PR for comment and will update this post when we hear back.

Adobe spokesperson Heather Edell said that Adobe has notified all of this users via email as well as reset passwords for all Adobe IDs with valid, encrypted passwords that were believed to have been affected by the attack -- even if the users weren't actively using Adobe's software and services.

"We currently have no indication that there has been unauthorized activity on any Adobe ID account involved in the incident," Edell noted, specifying that the attackers are also believed to have obtained access to many invalid Adobe IDs, inactive Adobe IDs, Adobe IDs with invalid encrypted passwords, and test account data.

The investigation as well as notification to users is ongoing.