Companies that build mainframe computers, especially in the Intel-based architecture lines, have decided that these mainframes can compete with traditional virtual and cloud infrastructures for market share. The new so-called affordable mainframes are fast, far less cryptic, and easier to maintain than your father's (or grandfather's) mainframe computers were.

Mainframeologists will tell you that cloud computing is really mainframe grid computing and that virtualization is really a mainframe technology ported to Intel architecture. I'll buy those assertions, but at a slightly discounted rate. I discount them because virtualization and cloud really weren't so user accessible back then. It might have existed, but only a few people had access and interest. I'm taking off a healthy 25 percent for that. 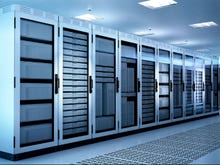 Forgotten but not gone: Why mainframes remain the power behind tech's throne They might not be as fashionable as cloud computing, but the mainframe remains at the heart of many computing environments.

My question is, "Are affordable mainframes the future of virtualization?"

Of course, the logical answer here is an affirmative "no" with an explanation.

Do I think mainframes are awesome computers? Yes.

Do I think mainframes are secure computing environments? Yes, with a caveat.

Do I think mainframes are still the ultimate in megaprocessing systems? Certainly.

Do I think mainframes will ever be "Everyman's/Everywoman's" computer? No.

Part of the reason for my No answer to the affordable mainframes question and to the Everyman's/Everywoman's computer question is that the price is still out of reach for smaller companies. When the low end mainframe starts out at a mere $500,000, it's a tough sell. Smaller companies, typically identified by marketers as SMBs, are often cash-strapped and struggling to find a market niche in which to survive. Cheap cloud computing and virtualization offer those companies something that mainframe computing can't: dirt cheap services.

You can't even buy slices of mainframe time for as little as you can step into a decent-sized cloud computing or virtual infrastructure environment. As an example, check out Amazon.com's pricing for virtual machines and storage. MSPs now lease virtual private servers (VPSs) for under $20 per month--and that's with full support, maintenance, and immediate provisioning. So, for $200 per month, I can have 10 VPSs that run my entire business 24 hours a day. How much mainframe time can you buy for $200 per month?

Mainframe computers do serve a purpose, but virtualization and cloud computing aren't feasible due to the costs of the equipment and maintenance. It really boils down to the dollars.

The Industry Cloud: Why It's Next The industry cloud has taken off and big businesses have been built by the likes of Veeva, Rootstock and others. Here's why the focus has allowed the industry to thrive even as giants like Salesforce, Oracle and SAP eye their turf.

Now for the big controversial bit: security. Yes, mainframes are secure. But how much of that security is actual security and how much is just obscurity?

Allow me to illustrate.

Windows servers would be very secure if they cost $500,000, and up, each and only a few people had access to them. You could tout them as the most secure systems ever made. The same logic goes for mainframes. You don't get to download the latest mainframe operating system release and install it on your home mainframe. You don't get the source code to the mainframe operating system. And you can't setup a network of mainframes in your garage to test with.

Are you getting the point?

Let's assume for the moment that mainframes are inherently so secure that the security outweighs the costs. Why aren't more companies using them for cloud computing and virtualization? Don't they care about our valuable, personal information? Sure, they do, but you aren't willing to pay for that security. Mainframes are expensive, but are they justifiably expensive? Only companies large enough to own one (or more) or to buy a lot of time on one could answer that with any reliability. I don't think that Intel-based mainframes will ever usurp standard architecture servers and operating systems. Cost is the biggest factor. Security is important, but not as important as cost--otherwise we'd see a lot more of them and mainframers wouldn't all have white hair.

What do you think? Do you think that mainframes, even less expensive Intel-based ones, are the future of virtualization and cloud computing? Talk back and let me know.

Join Discussion for: Are affordable mainframes the future of virtualization?