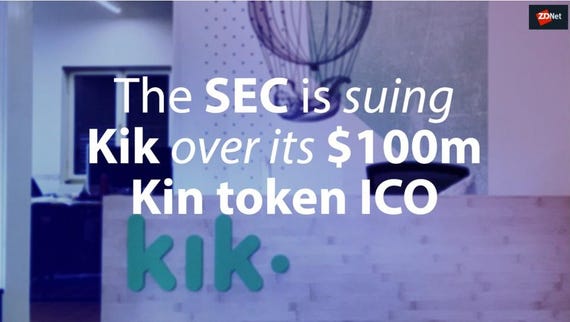 After a federal court ruled that it was "unconstitutional" for US president Donald Trump, @realDonaldTrump, to block Twitter users, two US politicians have filed lawsuits against Rep. Alexandria Ocasio-Cortez, @AOC, for blocking them.

Of course, the lawsuits were announced on Twitter, which a federal court judge ruled this week is a public forum that public officials cannot use to prevent others from expressing opposing views on by blocking them.

Saladino in a tweet explained his motivations for filing the suit.

Saladino's statement of claim outlines that on May 9 "Alexandria Ocasio-Cortez blocked me from viewing and engaging with her official Twitter profile after I responded to one of her political posts".

He says the block was a "violation of first amendment right to free speech" and that he's seeking "injunctive relief from the court to be unblocked by her official account".

In a statement to ZDNet sister site CNET, Saladino's general consul, Adam Korzeniewsi, echoed the court's ruling on Trump's earlier blocking on Twitter, commenting that politicians blocking people they disagree with limits the ability to view, share, and challenge ideas in a public forum.

"This lawsuit is about equally applying standards to elected officials regardless of status, position or political affiliation," Korzeniewsi said.

Hikind, who stated he was blocked by Ocasio-Cortez on Monday, said he didn't believe thousands of lawsuits should be filed, but that his is a "a perfect test case to see if the precedent set against President Trump will be applied to those across the political aisle".

The case against Trump's blocking on Twitter was brought by the Knight First Amendment Institute at Columbia University, which won a district court ruling in New York in May.

Saladino has been considering suing Ocasio-Cortez since she blocked him on Twitter in May.