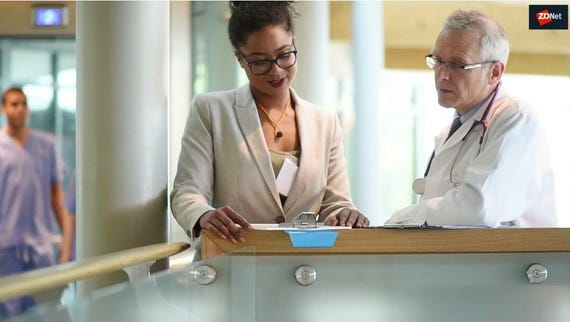 How healthcare CIOs are winning the battle for funding
Watch Now

Imagine being able to check your health score like you might check you credit rating – that's the aim of a pioneering AI trial that wants to work out the likelihood of a patient being admitted to hospital.

The pilot project is being run by Bering Research and GPs at Axbridge Surgery in Somerset. The project uses an algorithm in Bering's Brave AI system to analyse the complexity of patient health, to predict which patients might be at risk of needing to be admitted to hospital, and to help GPs to work to get that risk reduced.

The AI tool presents its analysis in the form of a complexity score that is based on a percentage scale. The score is related to underlying health conditions and a range of contributory factors, such as high blood pressure or a history of smoking. A patient with a complexity score of 80%, for example, would be at high risk of needing to be admitted to hospital.

Allison Nation, associate director of digital strategy at NHS Somerset Clinical Commissioning Group, is leading the governance around the project and is focused on how the pilot project might lead to big benefits in the future. She believes the AI tool could help to transform healthcare provision.

"As a patient, I would love it if I knew what my complexity score was and that I knew I could support my family with understanding their health conditions," she says to ZDNet at the recent HETT conference in London. "As a digital lead, I have an ambition that all practices and patients have equitable access to this service. It could be a game-changing innovation."

Evidence suggests other experts agree with Nation's assertion. Earlier this year, the prime minister announced £250m funding for a new national AI lab to help improve the health and lives of patients. Private business is getting involved, too. Babylon announced a £450m R&D investment, partly for AI technology to manage chronic conditions.

In the case of Somerset, the AI tool is currently being used by about 100 patients in discussions with members of the GP team at Axbridge. Nation describes the pilot as patient-centric: she says the project involves an enthusiastic practice helping its patients understand how their health condition and lifestyle choices might have an impact on hospital admissions.

Nation says one of the key learnings from the trial is an understanding of what it means for a patient to have a complexity score of around 50%, and to then think about the concerns raised and the actions required. She says the trial has shown the public is not necessarily averse to the idea of having AI analyse and then present a health complexity score.

"Patients aren't as nervous as they were a number of years ago – this is not a scared entity. Digital literacy has improved. People understand that they can check their credit score online, they're booking travel online, and they're using a range of digital tools," says Nation.

"We can't assume every patient wants it and some will be more progressive than others. But we shouldn't stand back from exploring what AI could bring to us."

However, introducing technology isn't without its risks. Some experts believe AIs can be overly cautiously in diagnosis. Pulse magazine gives the example of the patient-facing algorithm NHS Pathways, which is used by the NHS 111 service. Pulse research suggests an average GP receives around six inappropriate referrals from NHS 111 a month – totalling more than three million a year.

The fear is that AI can end up making decisions and giving advice that unintentionally exacerbates GP workloads. What's different about the Somerset example is that AI is more than just a black box making clinical diagnoses in isolation.

The Brave AI system is used as part of a one-to-one relationship between GP and patient. The aim of the system is to help GPs intervene earlier, to make solid predictions on hospital admissions, and to help the NHS plan its use of extremely scare resources – hospital beds – better.

Nation says the complexity score produced by the system gives GPs early awareness of patients that are likely to be admitted to hospital. Better awareness of patient needs and more effective planning also has a knock-on effect on funding; in most cases, it's cheaper to provide care locally than through transfers to hospitals.

Yet despite the potential benefits of the pilot, the Somerset project remains at a nascent stage three years after its inception. Nation recognises the project has been a long time in gestation and says the reason for the slow rollout is in part due to the volume of digital projects that she and her colleagues have had to manage across Somerset.

Nation has about 90 different digital projects on the go, with varying degrees of complexity. Some involve digital building blocks, such as making sure 60-plus practices have the right security policies and practices in place. Other priority projects include business intelligence and an integrated digital electronic record. Balancing these priorities and understanding the concerns of local GPs is a tough challenge.

"You've got to choose your timing, as well as doing the background work to make these things happen," she says. "That's essentially about engagement, trust and building assurance with other practices. We want to show that we've done things properly. We haven't just done it behind the scenes; we've actually shared what we've done and talked about how is it working in the practice."

Toby Avery, chief digital and information officer at Surrey and Borders NHS Partnership Foundation Trust, also sees the potential game-changing power of AI. However, he recognises that it is a work in progress. "The potential of AI and machine learning is obviously huge – but we're probably talking about five to 10 years, maybe even more," he says.

When it comes to the expected date for a wider rollout across her own region, Nation hopes that the AI system is in use in few more practices in Somerset a year from now. The good news is that funding for additional pilot projects has been secured. Where the system goes from there is dependent on a number of variables, including funding priorities.

"Do we invest in digital and prediction tools, or is it better to invest in front-line GP IT equipment? There's definitely some ambition for AI. But we have to try and be realistic around timescales, because this isn't just about doing an IT project – this is about true digital transformation," says Nation.

Join Discussion for: This algorithm can predict your risk of ending...