AI in the Middle East: Here's what you need to know

Investment is enabling the Middle East and Africa region to explore the potential that artificial intelligence may deliver.
Written by Damian Radcliffe on Aug. 20, 2020 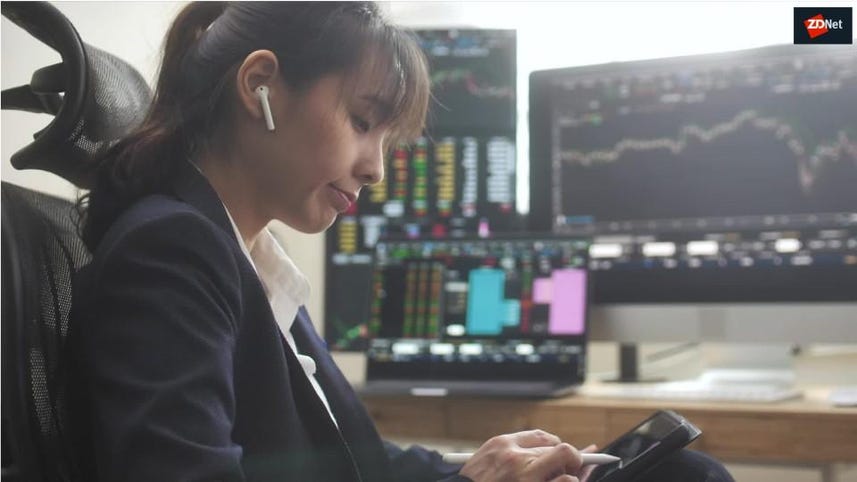 IT spending in the Middle East and Africa region is expected to top $83bn in 2020, according to insights published towards the end of last year by IDC.

However, that overall growth, up 2.8% year on year, masks changes in particular areas of IT expenditure.

Within these shifts, IDC has identified significant investment in artificial intelligence (AI), which is growing at a much faster rate than the headline figure.

Between 2018 and 2023 AI-based spending in the region will increase at a compound annual growth rate of 19%.

Some of this potential is already being realized. AI can be seen across a wide range of verticals in the region, including consumer, enterprise and government activities.

The most obvious manifestations of this are in efforts to develop smart cities. However, AI spend is led by banking and retail. IDC anticipates these sectors will account for more than 33% of AI investment in 2020, followed by spending from federal and central governments and the telecommunication industries.

Across the Middle East and Africa, which includes South Africa, the largest AI market in the region, around 30% of total AI spending will come from automated customer service agents, IT automation, and automated threat intelligence and prevention systems, according to Manish Ranjan, IDC's program manager for software and cloud in the Middle East, Africa and Turkey.

A 2018 survey conducted by the IBM Institute for Business Value and Oxford Economics, revealed the primary drivers for investment in AI technologies across the region, with customer relationships and potential revenue growth being the leading factors.

The researchers polled 200 executives from UAE, Saudi Arabia, Egypt and Qatar and found that "fewer Middle East organizations are sitting on the fence in their commitment to AI" compared with a similar study in 2016. "They are more bifurcated, either all in or all out," the authors wrote.

"Will the Middle East and North Africa become more than simply a consumer of artificial intelligence?" asked UAE-based Carrington Malin, an entrepreneur, marketer and writer focused on emerging technologies, in ZDNet's recent look-ahead into the Middle East's digital future.

Certainly, a number of countries in the region are investing more widely in this area as they seek to shift their economies away from a dependency on petrochemicals.

"In absolute terms, the largest gains are expected to accrue to Saudi Arabia where AI is expected to contribute over $135.2bn in 2030 to the economy, equivalent to 12.4% of GDP," PwC says. "In relative terms the UAE is expected to see the largest impact of close to 14% of 2030 GDP."

PwC highlights the levels of investment in AI technology in the two countries, relative to the rest of the region, as the rationale behind its judgment.

These initiatives include the formation of a new authority and center for AI in Saudi Arabia, the launch of UAE AI strategy in October 2017, as well as the establishment of the Mohamed bin Zayed University of Artificial Intelligence (MBZUAI).

"Embedding AI into the whole fabric of society is one of the foundational cornerstones of the wider UAE Centennial 2071 objectives," observes IBM, "which are aimed at setting the stage for the UAE to become one of the best and most innovative countries globally within the next five decades".

Carrington Malin points out that while Saudi Arabia and the UAE announced some strategic, well-funded AI initiatives and policy moves last year, much of the region has been much slower off the mark.

"Predictably, most new government policy has had a heavy focus on preparing the public sector for AI. Despite early public-private partnerships to encourage AI startups around the region, viable AI-focused startups remain thin on the ground, no matter where you look," he adds.

"Arguably, if we're going to see a wave of new AI startups in the region, then 2020 is the year that they will begin to come to the fore."

Planning for an AI future

"The region's CIOs are keen to adopt more solutions that make use of AI," CIO.com commented last year. "A vanguard of enterprises have rolled out AI-based applications, saying if they don't get on board with AI now it will cost their organization for the next decade. So what's holding other enterprises back?" they asked.

The answer, Gartner research vice president Arup Roy argues, is a lack of understanding of the technology, as well as knowing when and where there's a business case for using AI.

Skill gaps, attracting talent as well as infrastructure and regulatory issues, are also key considerations, as are challenges around natural language processing in Arabic, understanding the impact of automation on jobs, and the potential for AI to support and inform decision making.

SEE: What's next for conversational AI?

A combination of research, education and policy efforts, therefore, is needed for the potential of AI in the Middle East to be realized.

This may mean further moves like the UAE's AI Talent Hunt Program and 2018's 1 Million Arab Coders initiative, success stories to inspire and inform business leaders and decision makers, as well as more students like Dr Fatmah Baothman, the first woman in the Middle East to earn a PhD in modern artificial intelligence, to inspire future generations.

Alongside this, governments will also need to grapple with "contentious and challenging issues, including those which go beyond jobs and labor market skills," notes Guy Burton, a visiting fellow at the LSE Middle East Centre and an adjunct professor at Vesalius College, Brussels.

"Other considerations involve the ethical aspects of AI, including the potentially negative ways it could be used and exploited, from surveillance and censorship to biases and prejudices, which may be inherent within the programming," he says. "Regardless of AI's current state, the genie is now out of the bottle."

Digital Transformation
You need two locks for your e-bike. Here's why and which ones to buy