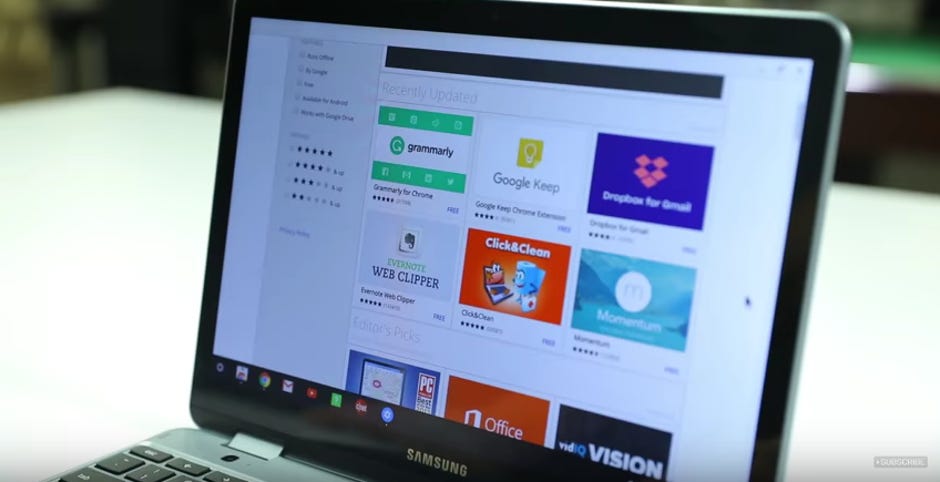 Acer is releasing the Chromebook 13 and Chromebook Spin 13 convertible this September, aimed at businesses that want to switch from Windows.

Acer actually announced the new Chromebooks in May but has now confirmed September availability and pricing.

Both the new Chromebooks will have Gorilla Glass touchpads, while the Spin model will come with 360-degree hinge, a touchscreen display, and a Wacom stylus that slides into its own slot.

The announcement follows this week's new Chromebook ad from Google taking a shot at sluggish performance and security alerts on Macs and Windows PCs compared with Chromebooks, which have "built-in virus protection, a battery that lasts all day, and automatic updates".

There's a more expensive model with an Intel Core i5-8250U CPU, with the same memory and storage. This starts at $750.

The Spin Core i3 model costs $750, while the Core i5 model costs $100 more, and the larger memory and storage variant costs $900, putting it pretty close to Google's own $999 Pixel Chromebook.

Both Spin models have USB 3.1 Type-C port on each side that can be used to charge the device, transfer data or connect to extra display. Acer says they have a 10-hour battery life.

Samsung announces the Chromebook Plus V2, which gains an Intel CPU but lower resolution display.

How to add Linux to your Chromebook

With a sufficiently advanced Chromebook, you can now install and run Linux natively on it.

How to change channels on your Chromebook TechRepublic

There are three channels to choose from on your Chromebook: Stable, Beta, and Developer. Here's how to change them.

Give your student a refurbished HP 14 Chromebook for $110 CNET

This model, $229 new, comes with a six-month warranty. Plus: A killer sound bar deal, and that little portable speaker is DEFINITELY $8 now.