The release of the first Galaxy S smartphones in 2010 paved the way for Samsung's dominance of the high end of the Android smartphones. While there are dozens of Android smartphone brands, Samsung sucks up nearly all of the scarce profits of the devices. But being number one means having a target on your back and more companies are taking aim.

Meet 2017's hot new smartphone brands: Nokia and BlackBerry The one-time market leaders get a new lease on life with the help of Android, licensees and Chinese manufacturing.

The broader threats hail from China. Themselves split between more established companies and challengers, brands such as Huawei/Honor, Lenovo/Motorola, Alcatel (TCL) and ZTE have been challenged in recent years by younger companies such as Xiaomi, Oppo, and LeEco. In this bucket, one could also place retro brands such as Nokia and BlackBerry that are being reborn on Android.

Most of these companies are attacking the fat middle of the market, offering highly capable and attractive smartphones in the $200 to $300 range although they're not afraid to aim high. Cumulatively, though, they represent the path toward commoditization.

As opposed to the Chinese vendors who are looking at a global opportunity in the hundreds of millions, though, it's been surprising to see a few new entrants into the high end of the Android market. What's less surprising is that they both come from parties inextricably tied to Android and with little to lose. Much as with Microsoft's Surface strategy, Google's Pixel is not intended to steal share from third-party licensees, but to compete with Apple. 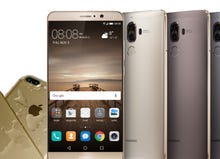 However, with the Pixel less differentiated from Android smartphones than the Surface products are from other Windows laptops, some cannibalization is inevitable. Reports indicate that the Pixel is exceeding supply at Verizon despite it being available unlocked for use with other carriers. And according to Morgan Stanley, Google sold three million Pixel phones in the fourth quarter and is expected to sell 5.5 million in 2017. it's poised to add almost $4 billion to Google's top line this year.

More strategically, the Pixel joined Google Home as a launchpad for Google Assistant, the latest incarnation of the slowly evolving consumer face of its artificial intelligence-based agent. Like Siri and Cortana, Google Assistant is a helpful aid for an ever-expanding array of tasks. But in many ways it still seems like a retrofit with limited interaction with and understanding of the data that is right under its digital nose among millions of apps.

That's also a paradox faced by Essential, the new consumer device company from Android creator and longtime steward Andy Rubin. The company's name sets a high bar for utility. With artificial intelligence allegedly at the heart of its emerging device ecosystem, it's difficult to see how AI would not be better integrated.

And yet, it's also difficult to see how the phone, with its questionable modularity, could have much of a shot without support for Google Play and Android apps. While the Essential phone is expected to have the kind of bezel-free design, rumors are that both Apple and Microsoft are also striving for that new level of industrial design that one of those Chinese firms has approached.

Samsung, of course, did itself no favors with its Note 7 fiasco last year. When it inevitably rebounds from that, its phones will sport its own AI derived from the acquisition of Viv Labs, the startup created by the original developers of Siri. Integrated well enough, that technology could create the kind of meaningfully differentiated Android phone experience the company has long craved, driving loyalty beyond its ecosystem carve outs such as S Health and Samsung Pay. 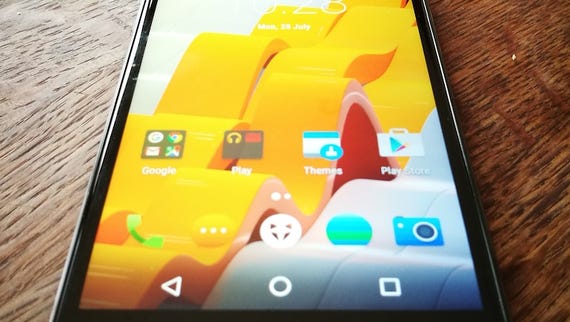 Join Discussion for: AIs will battle to loosen Samsung's grip...