The company's cloud revenue is accelerating as it dominates infrastructure as a service in China.
Written by Larry Dignan, Contributing Editor on May 4, 2018 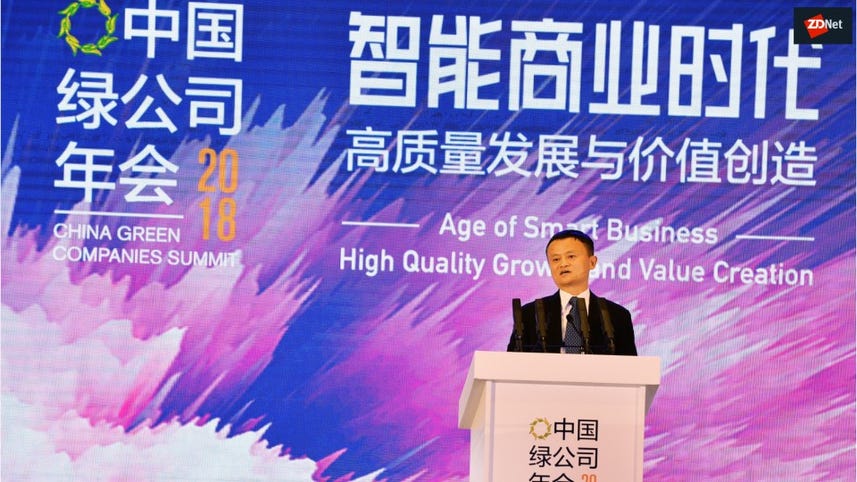 Alibaba's annual cloud revenue has topped $2.1 billion for its fiscal year as fourth quarter sales were up 103 percent.

The company reported its fourth quarter results on Friday and the e-commerce giant fared well. The cloud business for Alibaba, a leading infrastructure as a service player in China, delivered fourth quarter cloud computing revenue of $699 million, or a nearly $2.8 billion annual run rate.

Alibaba noted that its fourth quarter cloud sales got a boost by customer additions and value added products. According to IDC, Alibaba has nearly 50 percent of the infrastructure as a service revenue pie in China.

Read also: Enterprises learning to love cloud lock-in too: Is it different this time? |

In the March quarter, Alibaba added 316 new products and features with 60 of those related to artificial intelligence, data management and security. Key customer additions in the quarter included China National Petroleum, Cathay Pacific and the Malaysian government.

While the cloud business is a key growth area for Alibaba, the company is best known as an e-commerce giant. The company reported fiscal fourth quarter revenue of $9.87 billion, up 61 percent from a year ago. Core commerce revenue was up 62 percent and represented the bulk of total revenue.

Here's the breakdown of Alibaba's businesses:

And the company is projecting more than 60 percent revenue growth in fiscal 2019.

THE ART OF CLOUD BUYING