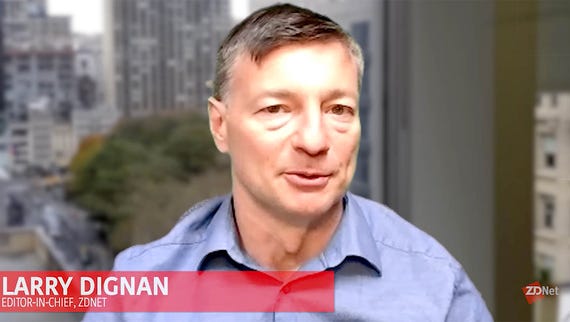 Will cloud computing and the buying cycle go the same way as enterprise software did? In other words, are technology buyers going to learn to love lock-in for discounts early and suffer from a lack of leverage later?

These burning questions are starting to bubble up in the land of cloud computing procurement. Whether it's software as a service, infrastructure as a service or everything as a service, the lock-in question hovers.

For years, we've been hearing about the argument that the cloud is different than other enterprise technologies. For instance, the pricing is commoditized and a race to the bottom. The application programming interface (API) economy means that it's easier than ever to integrate applications and data from multiple best of breed vendors. APIs also mean it's theoretically easier to leave a cloud provider. Another argument: Enterprise buyers have learned from previous lock-in disasters and will go multi-cloud.

But a funny thing has happened on the way to cloud maturity. Enterprises may be becoming more inclined to go with one cloud provider. Maybe choosing lock-in is just a human condition (think marriage, your bank and Facebook). The jury is still out on multi-cloud vs. lock-in, but consider:

Meanwhile, application players are spreading out into new areas. Salesforce is a suite when it comes to customer facing efforts and now has acquired MuleSoft in an integration play. Workday has HR and financials to run your company. SAP has expanded too across multiple functions in the cloud.

We found 22 cloud services your business definitely needs to try | What's the best cloud storage for you?

Guess what? McDermott may be more right than wrong even though his 2014 comments led to a few chuckles from the cloud purist crowd.

The data from RightScale's 2018 State of the Cloud report is a bit mixed on the all-in movement. Fifty-eight percent of enterprises say optimizing cloud costs is their No. 1 priority for 2018. That reality points to more lock-in deals for discounts. But according to RightScale, 21 percent of enterprises in 2018 have a strategy that revolves around one single public cloud provider, up from 20 percent in 2017. Another factor to ponder: Maybe it's not cool enough to proclaim you're going with one provider for simplicity--yet.

I'm going to bet that more enterprises will choose the one public cloud vendor route because it's the path of least resistance.

Yup, you're friendly neighborhood enterprise is going to learn to love lock-in with their cloud vendor--multi-cloud mumbo jumbo be damned. Perhaps customers sugarcoat the lock-in idea and call a cloud provider "preferred." One CTO we talked to made it very clear: He chose his cloud vendor largely on price with a dash of culture and roadmap. All-in means discounting and great pricing. And that strategy makes a lot of sense as long as vendors keep innovating. The risk is that your vendor/partner decides to coast.

Given that I've been around too long in enterprise technology and have written multiple lock-in horror stories, I just shake my head at the all-in announcements. Perhaps it's different this time, so I asked a few analysts for their thoughts.

Cloud deals have gotten as complex as on-premises. Companies are going all in because they are attracted to lowering capex and reducing the hassle of integration over time. The enterprise rule is still true, suites ultimately win. Innovation remains at the edge with best of breed. This virtuous cycle has larger vendors buying cloud revenue and innovation from smaller more nimble vendors.

Why not just go with a handful of cloud vendors? Wang said that higher end functions such as artificial intelligence, analytics and machine learning are harder to integrate when you have best-of-breed approaches.

Vinnie Mirchandani, author of multiple innovation books and president of Deal Architect, an advisory firm, acknowledged that economics are driving all-in deals, but said you can't write the multi-cloud obit just yet. Enterprises could be multi-cloud even if they pick only one vendor. Mirchandani noted:

Some have sizable contracts like Netflix with AWS, but others are getting ready for multi cloud. Even if (enterprises) standardize on one, their apps vendors are picking their IaaS separately -- Infor with AWS, unit4 with Azure, Oracle with Oracle, SAP with all big 3 and their own SuccessFactors and Ariba clouds.