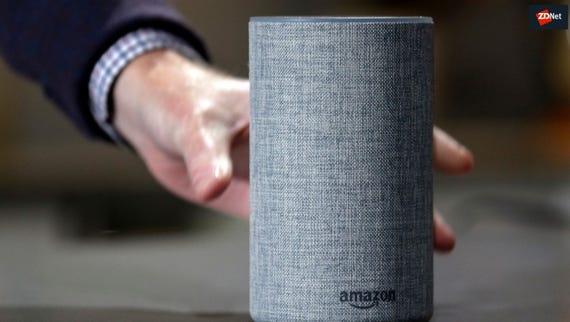 Which Echo is the right one for you?
Watch Now

Some users of Amazon's Alexa voice-activated assistant have reported problems using the service in the UK.

I was one of the users hit by the apparent outage: when I said my customary 'Alexa, good morning' to my Amazon Echo at around 8am, the blue light on the top of the unit went into a spin but the service failed to respond. Trying to speak to a second Echo unit also ended in failure.

The outage reflects the biggest problem with systems which rely on cloud computing for their intelligence; if there is disruption of that central service devices are rendered pretty much useless. For those of you hit by the outage, a reminder: with Alexa offline the switches on the walls turn on the lights and you can still look out of the window to see what the weather is like.

Amazon's Alexa digital assistant has been the suprise technology hit of the last few years and has been the heart of Amazon's dominance of the smart home. It recently unveiled a new series of Alexa-powered hardware from a new Echo Dot and Amazon Echo Show to an Alexa-powered plug and microwave.

Update: Amazon has confirmed it had "an issue that impacted some Alexa customers' ability to interact with the service" but did not provide details of what had caused the problems. It saidthe outage ended at around 2pm BST.