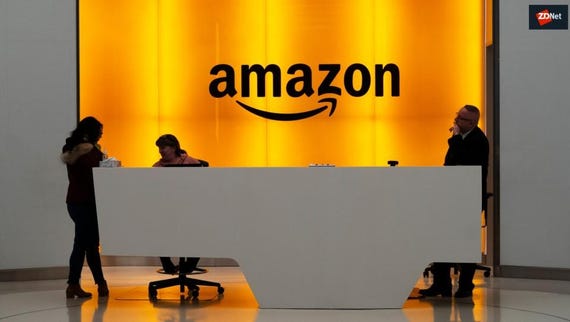 Amazon CEO Jeff Bezos, the richest person on Earth, has announced a new $10bn fund to help save the world from global warming.

The $10bn will be distributed from this summer via the new Bezos Earth Fund, which Bezos announced in an Instagram post on Monday.

Bezos' net worth is about $130bn, putting him ahead of Microsoft co-founder, Bill Gates, who in 2000 launched the well-funded philanthropic vehicle, the Bill & Melinda Gates Foundation.

Bezos said climate change is the "biggest threat to our planet" and that he wants to work with others to "amplify known ways and to explore new ways" to combat the effects of climate change.

"This global initiative will fund scientists, activists, NGOs – any effort that offers a real possibility to help preserve and protect the natural world," wrote Bezos.

"We can save Earth. It's going to take collective action from big companies, small companies, nation states, global organizations, and individuals."

Bezos has faced criticism from a small but vocal group of Amazon's global workforce of 750,000 employees over its stance on climate change.

The employee activist group, Amazon Employees for Climate Justice, in January slammed the company for its connections to the oil and gas industries, just weeks after the group accused Amazon of threatening to fire employees for speaking out about climate change.

The group has now applauded Bezos for his philanthropic fund but maintains its criticism of Amazon's support of traditional energy producers.

"As history has taught us, true visionaries stand up against entrenched systems, often at great cost to themselves. We applaud Jeff Bezos' philanthropy, but one hand cannot give what the other is taking away," the group said via its Twitter account.

"The people of Earth need to know: When is Amazon going to stop helping oil and gas companies ravage Earth with still more oil and gas wells? When is Amazon going to stop funding climate-denying think tanks like the Competitive Enterprise Institute and climate-delaying policy? When will Amazon take responsibility for the lungs of children near its warehouses by moving from diesel to all-electric trucking?"

SEE: The Internet of Wild Things: Technology and the battle against biodiversity loss and climate change

The group in April last year gained over 8,700 signatures from Amazon employees for a petition demanding that Bezos and Amazon's board implement a better climate plan. Amazon's policy on the issue of supplying computing infrastructure to the energy industry is that it "should have access to the same technologies as other industries".

In September, Amazon signed up to The Climate Pledge, which calls on signatories to have a net zero carbon footprint by 2040 and implement decarbonization plans consistent with the Paris Agreement.

Since then, the company has announced clean energy arrangements for its Amazon Web Services data centers in the US and UK, aimed at achieving carbon neutrality by 2024.