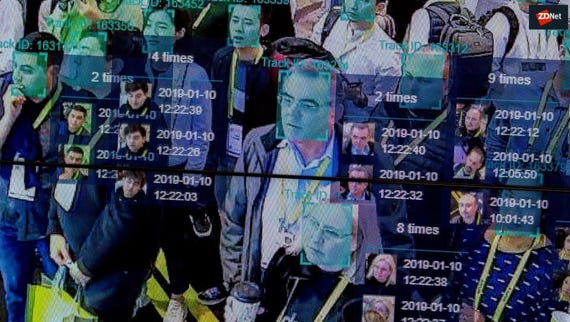 As lawmakers consider ways to ensure that nascent facial recognition tools don't curtail civil liberties, Amazon is stepping in with a few suggestions. The Seattle tech giant on Thursday published a blog post with five proposed guidelines for the responsible use of facial recognition technology.

The suggestions come at a delicate time for Amazon: The company in the past year has come under fire for selling Rekognition, an image recognition and analysis service, to law enforcement agencies, even though researchers claim it shows gender and ethnic biases. Meanwhile, in the absence of federal rules, lawmakers in Amazon's home state of Washington are considering their own bill to regulate facial recognition use. Microsoft -- also headquartered in Washington state, is actively lobbying for the state bill -- Bloomberg reports. Amazon, however, has reportedly expressed reservations over the bill.

In his blog post Thursday, Amazon Web Services VP of Global Public Policy Michael Punke suggested such legislation should be handled at the federal level.

"We understand why people want there to be oversight and guidelines put in place to make sure facial recognition technology cannot be used to discriminate," he wrote. "We support the calls for an appropriate national legislative framework that protects individual civil rights and ensures that governments are transparent in their use of facial recognition technology."

The five guidelines are as follows:

Guliani told CNET: "Amazon's framework rings woefully hollow, underscores the company's refusal to properly address the dangers of its technology in government hands, and reinforces the urgent need for Amazon to get out of the surveillance business altogether."

Meanwhile, in Washington state, Amazon reportedly hesitated to support the state legislation in part because of its provision requiring facial recognition software to be open to third-party testing.

In his blog post, Punke said that AWS is engaging with various groups to develop standards for testing the technology. AWS, he wrote, "encourages and supports the development of independent standards for facial recognition technology by entities like the National Institute of Standards and Technology (NIST), including efforts by NIST and other independent and recognized research organizations and standards bodies to develop tests that support cloud-based facial recognition software."

Join Discussion for: Amazon offers up regulatory guidelines for...