Amazon Ring acquisition: Made not for smart homes, but for deliveries

Opinion: The acquisition will help along Amazon's smart home dominance, but that wasn't the point of this particular purchase.
Written by Charlie Osborne, Contributing Writer on Feb. 28, 2018 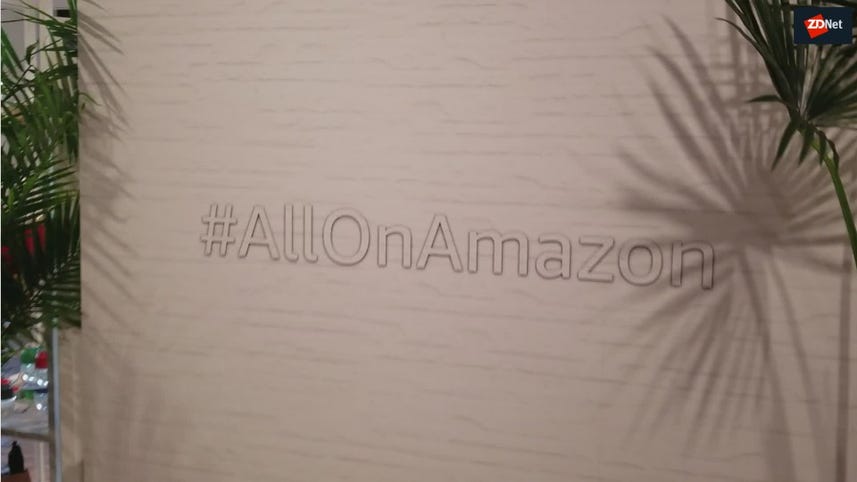 On Tuesday, Amazon acquired Ring in a deal estimated to be worth $1 billion.

When connected up to a smartphone or tablet, Ring can alert users when someone is at the door, users can talk directly to visitors without the need to be face-to-face, and you can also keep an eye on who visits when you are out and about through motion notifications or by tapping into live streams at any time.

Ring is not only useful, but fun, and as one of the stronger players in the smart doorbell market at the moment, Amazon's acquisition makes sense.

With the introduction of the Amazon Echo, the company -- which started out purely as an e-commerce platform -- made its first big leap into the smart home and Internet of Things (IoT) space after laying the groundwork with Amazon tablets, the Fire TV stick, and other mobile gadgets.

The Echo paved the way for these devices to become connected and as compatibility with other IoT and smart home vendors continues to increase -- including Philips Hue lighting, WeMo, and Sonos -- the purchase or compatibility with a smart doorbell seems to be a logical step.

However, the Amazon Key security and smart door lock system, which allows couriers to place goods inside of your home, already exists. When deliveries arrive, a live camera feed begins and doors are remotely unlocked. (Vulnerabilities discovered in the system have recently been patched.)

So why acquire what could be considered a step backward?

Amazon's smart door lock is not going to be palatable to everyone. Vulnerabilities are constantly being discovered in IoT devices and the idea of devices potentially being exploited that can leave your door wide open -- or errors causing a complete lockdown -- is a step too far for many.

In addition, many of us simply wouldn't like to leave our door control to chance, and the concept of strangers being given access when we are not present is a difficult hurdle to overcome.

However, Ring presents a different opportunity for Amazon, one of which may not immediately be apparent.

Amazon is experimenting not only with delivering packages into your home, but car trunks, lockup rooms for apartments, and more.

As Amazon's platform caters for more and more business every year, the losses are also mounting. Porch pirates are a serious problem, with 31 percent of consumers reporting stolen packages in 2017.

Genuine lost and stolen packages are a revenue drain for Amazon -- as well as those who report such packages as such in order to swindle millions out of the e-commerce giant.

If Amazon has an eye on your porch, however, the possibilities are there to reduce these issues.

Encouraging customers to give Ring a chance -- assuming the name and branding stays the same in the future -- could reduce the number of successful thefts, and as such, the number of products Amazon is asked to replace and the subsequent loss of revenue as customers would be able to police their own homes while they are elsewhere.

Amazon could also offer a discount to have such a system installed in a customer's home, perhaps slashed further should they sign up to Amazon Prime.

Going further, it wouldn't be beyond the realms of possibility for Amazon to also use Ring technology as a way to monitor delivery drivers and customer packages itself.

The Key is not to everyone's taste, but as a compromise, given the monitoring capabilities and infrastructure, Amazon might one day detect and drive off would-be porch pirates on your behalf, rather than demanding access through the front door for deliveries.

This is not just for Amazon's potential benefit, but could also appeal to consumers who want to know their package has arrived, where it is -- and whether or not it will still be on the porch when they arrive home.