Full Bio
Posted in Between the Lines on January 2, 2018 | Topic: Cloud 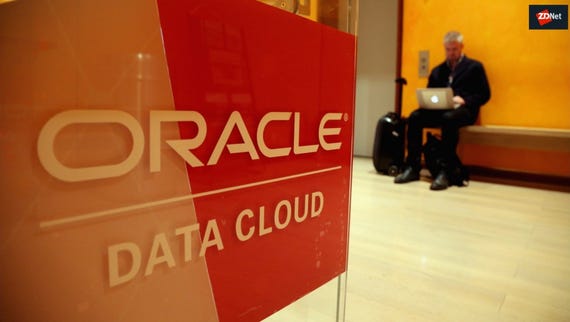 Now, this effort isn't that surprising, given that Salesforce has tried to use other open-source databases to minimize its reliance on Oracle. Amazon Web Services has been ramping its database efforts. Nevertheless, Oracle's database has been serving as the backbone of the major cloud providers.

Here's what Ellison said on Oracle's earnings conference call last month when asked about whether customers were moving away from its database.

Now Salesforce and Amazon are two sprawling companies that are also partners aligned against Oracle. But they'll likely remain customers of Oracle. Toss in merger and acquisitions and it's likely that there will always be some part of the two companies running on Oracle. For instance, Whole Foods, now an Amazon company, is a Microsoft Azure customer (at least for now).

TechPro Research: Everything as a Service: Why companies are making the switch to SaaS, IaaS, PaaS, and more

The reality: Aspirations, returns on investment, and technical realities often don't line up. Salesforce and Amazon would obviously love to move away from too much dependence on Oracle given the competitive stakes. Salesforce has tried to open source its way out of its Oracle pickle before, but in 2013, it renewed with Ellison and the gang. Given the timing, it seems fairly obvious that the latest Salesforce database development news is timed for a contract negotiation with Oracle. AWS could stand to scoop up some of the database workloads from Salesforce.

In the end, Oracle's relationship with Amazon and Salesforce wouldn't be a big deal if Ellison didn't crow so much. What'll be interesting to see if Amazon and Salesforce can completely move from Oracle even if they wanted to. Rest assured that no matter how this database diversification effort plays out, Salesforce and Amazon aren't likely to put Ellison in silent mode.

Join Discussion for: Amazon, Salesforce would love to move from...