An autonomous construction site is in the works

Retrofitting existing equipment may be a viable path to short-term autonomy on the job site.
Written by Greg Nichols, Contributor on Oct. 23, 2020 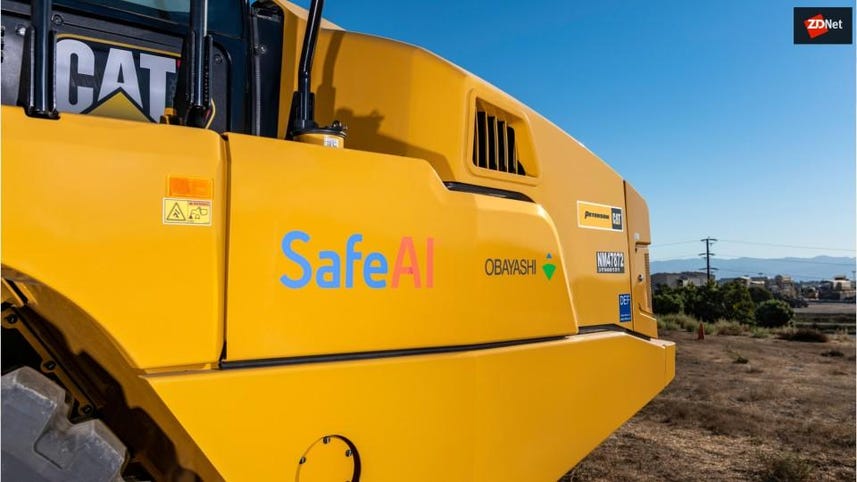 At some point, construction sites will be run by purpose-built autonomous machines -- robots -- that bring heretofore unseen levels of efficiency to what is decidedly an inefficient building industry. But though that future is still decades away, that doesn't mean automation on the job site is far off. In fact, the same heavy equipment you see on sites today is being retrofitted for autonomous use.

Globally, construction represents is a $10 trillion industry. But it's also one that's uniquely prey to outside pressures like labor shortages, materials cost increases, and market shifts. Currently, during the pandemic, 83 percent of contractors are having a tough time finding skilled workers.

Automation is an attractive solution. A company called SafeAI, one of the players in the space, has built an open, interoperable full stack autonomy platform that can be retrofitted across an existing fleet of industrial equipment. We've seen a similar strategy in the trucking and consumer auto industry, where existing semis are kitted out with autonomous sensors and a robot brain.

"Our work with Obayashi paves the way for safer and more efficient construction sites across the world and reflects Obayashi's commitment to innovative, connected technologies," explains Bibhrajit Halder, founder and CEO of SafeAI. "There is a critical need for autonomy outside of on-road vehicles –– the technology is ready today and we've built an ecosystem specifically for the construction and mining industries."

The pilot will kick off in November 2020 when SafeAI will operate an autonomous Caterpillar 725 articulated dump truck to demonstrate load-haul-dump cycles, which is a common task on sites of all types. The pilot will operate at a construction site in South San Francisco, CA.

"We are investing in autonomous solutions that we believe will play a critical role in our success both in the near term and also down the road. SafeAI has built a powerful autonomous ecosystem that ushers in safer, more productive worksites," said Hiroto Sato, COO of Obayashi SVVL (Silicon Valley Ventures & Laboratory). "Throughout our partnership, we look forward to building operational and organizational structure to support this pilot and more deployments like it in the future."