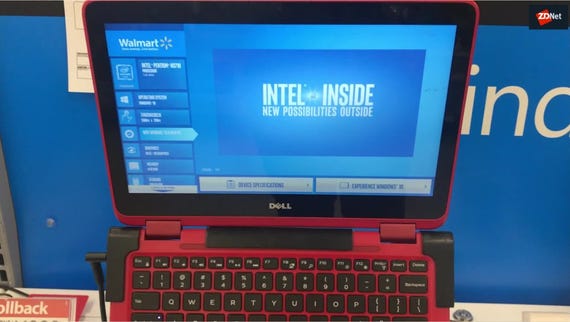 Intel faces a serious leadership crisis in its search for a CEO because of a 2011 ban on workplace fraternization -- a policy absent at many of Silicon Valley largest companies.

The sudden resignation of Intel CEO Brian Krzanich comes at a tough time for the world's largest semiconductor maker. Krzanich was leading a major reorganization of the company and a change in business strategy that focuses more on data and software than making chips.

Intel's most profitable business is its microprocessors for servers, with a strong demand for ever-larger data centers, thanks to current demand for cloud computing services.

Intel sees a future world blanketed by distributed networks of computer devices and multitudes of sensors generating a tsunami of data every second. The greater value will be in managing, processing, and analyzing all that data -- and less in the microprocessors. With upcoming constraints of Moore's Law, performance gains in computing will have to come from software rather than shrinking the chips.

This planned change at Intel is much more than a reorganization of departments or investments -- it hits at the cultural heart of Intel and its identity. Insiders report that Krzanich was the driving force for this transformation at Intel.

Intel's board says that it remains committed to the same strategy. But without a leader, the company faces a potentially long delay in completing this important task.

Krzanich was appointed in 2013 -- in the wake of a leadership crisis caused by the sudden resignation of CEO Paul Otellini several years before his mandated retirement at 65. It took six months for the board to decide on his replacement.

Intel has been a leader in adopting high-integrity policies for workplace conduct and also company governance such as splitting the roles of CEO and chairman. This is the legacy of Andy Grove, the former CEO and chairman.

If Intel's policies were adopted by other large Silicon Valley companies, they would also be facing a leadership crisis.

Google CEO Larry Page dated Marissa Mayer -- later Yahoo's CEO -- in the early 2000s, reported Ken Auletta in his book, Googled. And Google's co-founder and president, Sergey Brin, left his family for the marketing manager of Google Glass -- a relationship that was reported by Vanity Fair to have angered Page, despite his own office romance.

Google and Facebook have a very unusual policy on dating co-workers. It's OK to ask a fellow employee on a date -- but you can ask only once -- and an ambiguous reply is the same as a refusal.

There are many other Silicon Valley executives who have had consensual relationships with employees -- some leading to marriage -- that would have been banned under Intel's higher standards.

Intel is aiming to compete with Nvidia and AMD in the AI-driven, discrete graphics card market by 2020.

Join Discussion for: Intel's leadership crisis hits in midst of...