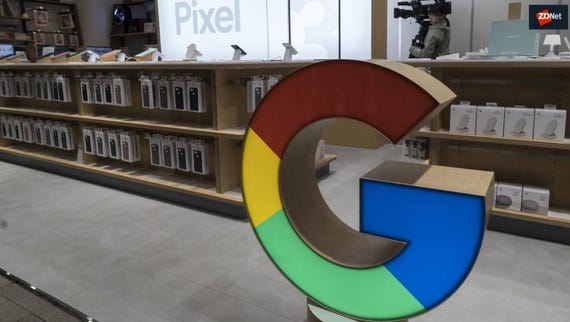 A new Google Pixel is coming: This is what we know
Watch Now

Google's ability to outrace its seemingly irreversible falling revenue per click faltered in its most recent financial report, as it missed expected revenues by a massive $1 billion. Is this pointing to a significant flaw in its business model?

Investors sold off shares with a drop in value of more than 8% in early trading Tuesday. The last time Google missed its forecasts significantly was 2012.

Management blamed currency exchange fluctuations and changes made in several product areas. But Wall Street analysts were not satisfied with Google's lack of details on what went wrong in the quarter.

Every quarter Google reports a drop in revenues per click -- compared with the prior year -- of around 20%. This has been going on for years. Google always manages to outpace its falling per click revenues by selling more ads in more places. But is this a sustainable business model?

The recent financial report could be a sign of cracks in the company's growth strategy.

Google said that the largest drivers of revenue growth in Q1 included mobile ads. But how many ads can Google show on a mobile screen? Is Google running out of places to sell and show more ads?

The company has been trying to hedge its future by building other business outside of advertising such as its Cloud IT services. These non-advertising businesses reported Q1 revenues of $5.4 billion -- missing Wall Street estimates of $5.67 billion. And "Other bets" such as the Waymo self- driving cars venture reported a loss of $868 million

Clearly, these businesses are far from ready to take up any slack on lower ad revenues, plus they offer far lower profit margins.

The future viability of Google remains in figuring out how to sell more poorly performing ads in more places. This will do little to improve the internet user experience.