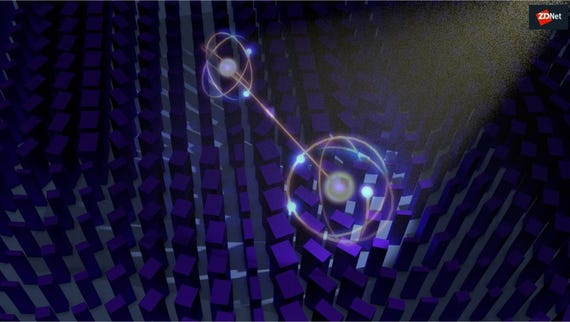 The Australian National University (ANU) has announced the invention of a tiny camera lens it hopes will have application in quantum computing.

The unconventional lens, invented by an international team of researchers led by ANU, is 100 times thinner than a human hair. The university believes the invention could in the future enable a fast and reliable transfer of information from quantum computers to an optical fibre network.

The device is made of a silicon film with millions of nano-structures forming a metasurface, which ANU said can control light with functionalities outperforming traditional systems.

Associate Professor Andrey Sukhorukov, who led the research with a team of scientists at the Nonlinear Physics Centre of the ANU Research School of Physics and Engineering, said the metasurface camera lens was highly transparent, thereby enabling efficient transmission and detection of information encoded in quantum light.

"It is the first of its kind to image several quantum particles of light at once, enabling the observation of their spooky behaviour with ultra-sensitive cameras," he said.

Must read: How the industry expects to secure information in a quantum world

According to ANU, the device offers a compact, integrated, and stable solution for manipulating quantum light. It is fabricated with a similar kind of manufacturing technique used by Intel and Nvidia for computer chips, Nonlinear Physics Centre PhD scholar Kai Wang explained.

The research was conducted at the Nonlinear Physics Centre laboratories, where staff and postgraduate scholars developed and trialled the metasurface camera lens in collaboration with researchers at the Oak Ridge National Laboratory in the United States and the National Central University in Taiwan.

A different team of ANU researchers last year announced another quantum development, proving that an erbium-doped crystal can be used to form the building blocks of a quantum internet.

A team of the university's physicists had a year prior successfully completed an experiment to stop light, which is another critical step in developing future quantum computers.

It followed another group of ANU physicists inventing a tiny device using infrared that creates the highest-quality holographic images ever achieved.

The university finds erbium-doped crystal suited to enable a global telecommunications network that harnesses the properties of quantum mechanics.

Physicists at the university have created complex holographic images in infrared.