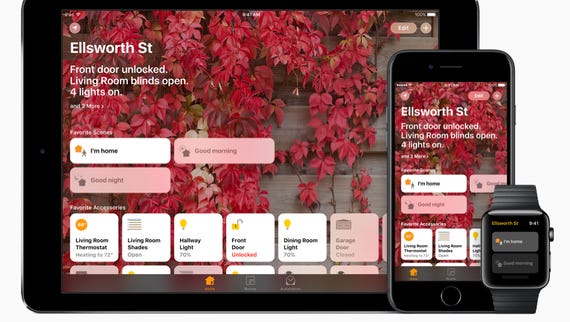 Apple has kicked off a mini hiring spree for software engineers who can help its HomeKit platform for the smart home better compete with rival platforms from Google and Amazon.

As Bloomberg reports, Apple has posted 15 job listing on its careers page in the past month for engineers who would work on HomeKit, a Siri-connected platform that ships with iPhone, iPads, Apple Watch, and HomePod.

The effort is reportedly part of Apple's plan to revamp its smart-home platform, boost the number of smart home gadgets that work with it and possibly build more Apple home devices besides the $300 HomePod.

Apple's Home app allows users to control HomeKit-compatible smart home products, including door locks, lights, light switches, security cameras, speakers, TVs and so on. The HomePod also acts as a hub for HomeKit, allowing users to remotely monitor all paired smart home gadgets, but as CNET point out, it's cheaper to use Apple TV as a home hub.

Apple can count on a few hundred devices that are compatible with HomeKit, however it lags Amazon, which counts 85,000 Alexa-compatible devices, and Google's home ecosystem, which numbers 10,000.

Another job for a HomeKit engineer with expertise in computer vision and machine learning notes that Apple is "developing technologies and crafting experiences that revolutionize the way people get along with the accessories around them."

The smart home push is being led by Andreas Gal, a former Mozilla chief technology officer whose company Silk Labs was acquired by Apple last year. Silk Labs made privacy-focussed AI technology for connecting smart devices. Its engine processes data locally so it doesn't need to go to the cloud — an approach that fits with Apple's recent privacy messaging around AI on the iPhone.

Overall, Apple's goal appears to be to make it simpler for users to set up smart home products. Amazon is also attempting to solve setup challenges in the home, last month launching the Certified for Humans program, which identifies devices that are "struggle-free, tinker-free and stress-free", such as its own Amazon Smart Oven that goes on sale in November.

Join Discussion for: Apple bulks up HomeKit team in a move on...