Full Bio
Posted in Between the Lines on September 1, 2015 | Topic: Mobility

As secretive and unpredictable as Apple is, there's one thing for certain: September is iPhone season. And as of today, the countdown begins. 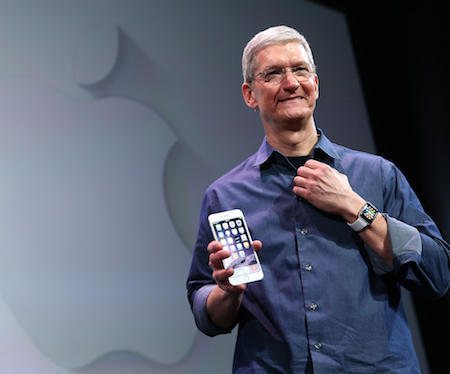 On September 9, executives at the technology giant will take to the stage in San Francisco to announce the company's new hardware and software offering, ahead of the lucrative holiday season.

On the invite to the media, Apple cryptically said: "Hey Siri, give us a hint," indicating the voice-activated assistant will play a crucial if not key role in the event.

But that might not be all. Rumors have it that Apple might have a few more tricks up its sleeves.

Here's what we think we know so far.

New iPhones will steal the show

Almost every year since its inception, Apple has released a new iPhone in September. It's almost certain that the company will reveal its latest mobile incarnation, likely to be called the iPhone 6S.

And if you were after a mystery or two, you might be disappointed, because almost everything so far has leaked.

From the various blogs and rumor mills, it's clear we can expect three new things. The first is a vastly similar if not identical design as its predecessor, but with a few minor modifications. The shell is said to be slightly thicker, making it more rigid, helping to avoid a repeat of the so-called "Bend-gate" issue from last year. The thicker shell may also house an improved, longer-lasting battery. But what's more likely is that Apple will bring its Force Touch technology from the new MacBook to the new iPhone. That would bring pressure sensitivity to the device, opening up a whole range of possibilities for developers.

We're also expecting an improved 12-megapixel camera -- a significant bump on the current models -- allowing for super high-resolution 4K video recording. It's also likely that we will see a beefed-up A9 processor alongside more memory, making the smartphone faster and more responsive.

While it's reported that Apple will drop the cheaper "C" phone model, the iPhone will still come in two sizes: the regular 4.7-inch iPhone 6S, and the 5.5-inch iPhone 6S Plus.

The next iPhone may be front of so many minds, but it's the software that makes the phone what it is.

Along with the new iPhone, the company's mobile operating system iOS 9 is also expected to land at the event. The software, first announced at Apple's developer conference in June, comes with a familiar look and feel, but with a wealth of new features.

We'll see an "intelligence" update to Siri, which will expand its search results and answers, add support for more in-built apps, and offer third-party support.

That alone has spurred on the intelligence assistant era, nudging Microsoft and Google to offer more in their mobile platforms, and even Facebook has recently jumped on board. Other features to arrive with iOS 9 include better battery management, a boost to security settings and privacy features, and a considerable upgrade to Maps, which has been widely considered a flop since its inception.

And there's more. Mac users will see a desktop refresh with OS X 10.11 El Capitan, the latest California-inspired operating system that lands with the company's line-up of desktop and notebooks.

The focus of the updated software is to squeeze out more of what you already have, like better performance, and faster speeds -- in some cases as much as four-fold. That's done by bringing Metal, the core graphics technology used in newer iPhones and iPads, to the Mac, offering a welcome boost to app rendering performance. And, there are other updates, such as Split View (which to many Windows 7 and later users will be reminiscent of Snap), and smarter Spotlight search, among other features.

And, for the wearable crowd, expect the anticipated update to Apple Watch to land at the event, which comes with new watch faces and greater customization.

A new Apple TV? It's about time

Finally. Apple TV is expected to get a massive overhaul, possibly setting the streaming set-top box up for bigger and better things down the line. 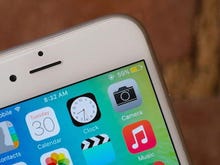 Numerous reports have pointed to a long-awaited refresh of the platform. Almost everything there was to leak has leaked -- at least, so we think.

With the new hardware and software, Apple is said to want to "actively complete" with gaming consoles, putting the pintsized box in the big-wig league of consoles like Microsoft's Xbox and Sony's PlayStation. The box is also slated to include Siri, pushing the device to the same realm as competitors like Google's Chromecast and Amazon's Fire Stick.

The software and hardware improvements may open the platform up to App Store additions in the coming months. We may also see the launch of a cable-cutter friendly Apple-branded television streaming service down the line, potentially rivaling services like HBO and Netflix.

How much will it cost? Some are saying as much as $199, more than double the price of the device now.

Will there be a "one more thing?"

Apple has, at least in the past couple of years, pushed out a small yet generous "one more thing" to take away from the presentation.

Some have read into the size of the auditorium booked by Apple: is it a hint that we may see something significantly larger, like a car? Project Titan lives, but it may be a while until we see it.

Will we see a refreshed iPad? Our sister-site CNET didn't rule out the possibility that the September event, typically centered around its smaller mobile offering, might share the stage with its tablet cousin. It may be possible that we will see the "enterprise-friendly" 12.9-inch iPad at long last.

We'll find out for sure -- about everything -- in about a week's time.

Join Discussion for: What to expect at Apple's September 9 event:...