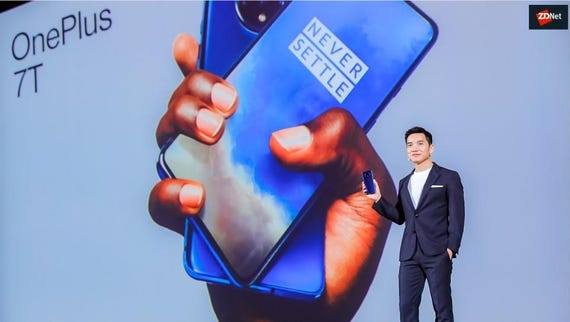 'The latest' is not necessarily 'the best': Older models worth considering
Watch Now

After a two year investigation, the French watchdog for competition and fraud (DGCCRF) has levied a €25 million ($27.4 million) fine against Apple for failing to warn customers that updating some versions of iOS would slow down their iPhone, in some cases to the point that users would have to purchase new devices.

DGCCRF said there was a lack of consumer information around the risk that older phones would slow down, highlighting that once the update had been carried out, it was impossible to reverse the process to go back to the previous iOS.

Apple has accepted the fine, and will also have to set up an informative statement on the matter, to publish on its French website for a month.

Apple said in a statement to ZDNet: "Our goal has always been to create secure products appreciated by our clients, and making iPhones that last as long as possible is an important part of that. We are happy to have resolved this with the DGCCRF."

The complaint was filed by French consumer organisation HOP (Stop Planned Obsolescence) against the tech giant in late 2017, after it was found that updates to iOS 10.2.1 and 11.2 were slowing down iPhones 6, SE and 7.

Apple, at the time, confirmed that it was intentionally slowing down performance on the devices – but it said that it was doing so to avoid complete shutdowns, which can be caused by ageing lithium-ion batteries.

Because older batteries are less capable of supporting high power requirements, said the company, the updates were designed to smooth out peak power demands by lowering performance. At the time, Apple told CNET: "Our goal is to deliver the best experience for customers, which includes overall performance and prolonging the life of their devices." Apple also discounted the cost of replacing out-of-warranty batteries to anyone with an iPhone 6 or later, charging $29 instead of $79. The program lasted until the end of 2018.

The latest version of iOS 13 includes a new feature that mitigates the damage that charging does to the lithium pack and should in theory extend the life of the phone's battery. Dubbed "optimized battery charging", it is turned on by default on devices.

Join Discussion for: Apple fined $27.4 million in France for slowing...