iOS 10 adoption has reached 54 percent after just one month, making it by far the most widely used version of iOS on Apple mobile devices.

Apple has issued the first official numbers tracking progress of iOS 10 adoption just under a month since the mobile OS was made available on September 13.

As of October 7, iOS 10 accounted for 54 percent of devices connecting to the App Store, while iOS 9 runs 38 percent, and eight percent are on earlier versions.

Depending on how you look at it and whose numbers you trust, iOS 10 could be Apple's fastest rollout yet. 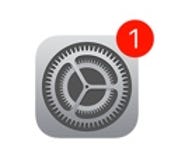 After just one week, iOS 9 passed 50 percent adoption and Apple boasted it was the "fastest adoption ever". Apple hasn't made a similar announcement for iOS 10.

However, separate iOS adoption numbers over a one-month period from analytics firms Fisku and Mixpanel suggest iOS 10 adoption is moving at a faster pace than all previous versions.

Both firms report that iOS 10 is running two-thirds of all Apple mobile devices. Fisku's iOS usage tracker shows that iOS 6, iOS 7, and iOS 9 were being adopted faster than iOS 10 for the first 20 days after their respective release dates, but growth for the older versions hit a ceiling after that, with adoption remaining at around 60 percent at one month.

In contrast, iOS 10 adoption accelerated on day 14 and has continued to growing past 60 percent to reach 68 percent 28 days after its release, making it the fastest adoption on record over one month.

It's not clear what triggered the sudden pick-up two weeks after iOS 10's release, but it coincides with the release of iOS 10.0.2, which arrived on September 23, bringing stability improvements.

As for the slow start, iOS 10 had a bumpy launch, thanks to a widely reported glitch that rendered some phones unusable within the first hours. Apple nipped that in the bud quickly, but it's possible the glitch discouraged cautious users from updating.

Fisku's numbers are based on active devices using apps that have its analytics SDK embedded. Apple's figures may be different since Fisku's numbers are weighted towards the US and Europe while users in the Asia Pacific region are underrepresented.

MORE ON APPLE AND IOS 10