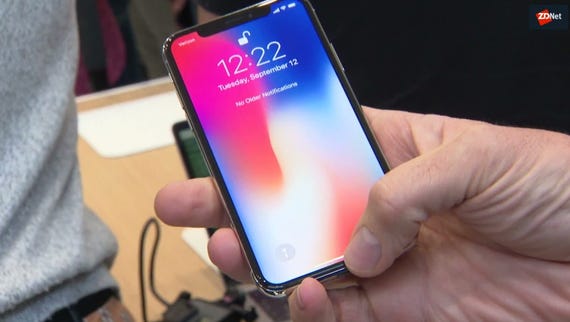 Apple has given the iPhone X an emergency feature that users can trigger if they're forced by a thief or police to look at the device and unlock it.

Apple says Face ID is even better than Touch ID at thwarting biometric spoofing thanks to the hardware setup.

But just as someone else can force you to put a finger on the home button, they can also force you to look at the phone. So developer Keith Krimbel asked an Apple's senior vice president of software engineer, Craig Federighi, what happens if a thief steals your phone and then points it at your face before taking off?

He posted Federighi's response on Twitter. The iPhone X has you covered with two key mitigations, according to Federighi.

First, it won't unlock unless you stare at the iPhone. Also, if you still have possession of the phone and are asked to give it up, you can grip the buttons on both sides of the phone before you hand it over, which will temporarily disable Face ID.

iOS 11 also introduces a shortcut to disable Touch ID in emergency situations, but it requires five presses on the sleep button.

Krimbel also asked whether Face ID will work with sunglasses. Apparently it will work "with most, but not all".

"Most sunglasses let through enough IR light that Face ID can see your eyes even when the glasses appear to be opaque," wrote Federighi.

Krimbel was worried he'd need to use his passcode more frequently with Face ID than Touch ID. Apple has already explained Federighi was locked out was because others handled the phone backstage, so the feature in fact worked as intended.

Federighi says the "bio-lockout" he experienced on stage hasn't been a real problem in the months that he's used the iPhone X. It would, he noted, require several interactions by other people where they woke up the phone.

According to Apple's documentation, Touch ID and Face ID are automatically disabled after five failed attempts, and require the passcode to re-enable them.

While Touch ID allows you to register anyone's finger, such as your partner's, Face ID for now will allow only one face per device.

Unlocking the iPhone 8 might be as simple as looking at it, but there's a lot of high-tech hardware powering it behind the scenes.

Apple reminds us that time equals money with the "fast-charge capable" iPhone X, iPhone 8, and iPhone 8 Plus

Join Discussion for: Apple: Just squeeze the iPhone X if you're...