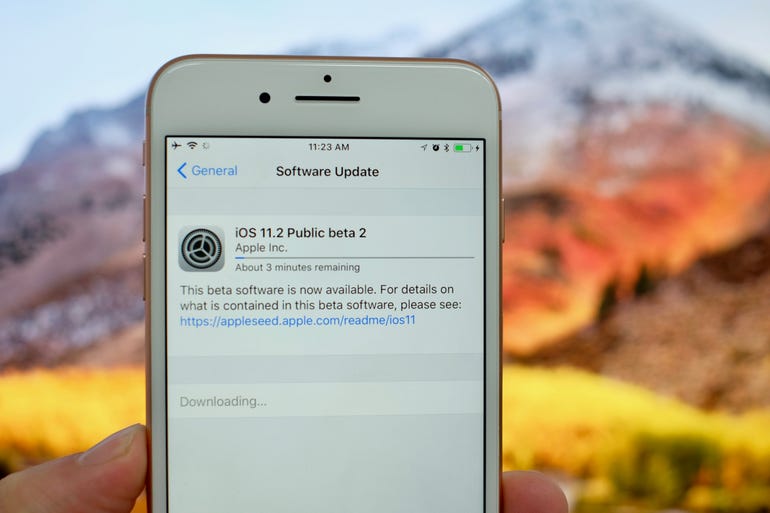 Square Cash, PayPal, and Venmo have some competition: Apple Pay Cash. Apple on Tuesday released iOS 11.2 beta 2 to public beta testers, which includes the new feature according to TechCrunch.

The peer-to-peer payment service, first announced in June, relies on Apple's iMessage platform to send and receive money with contacts. Using Apple Pay as the source of payment, users can store money on a digital Apple Pay Cash card for future transactions, or transfer it a bank account.

Also included in the latest beta, according to The Wall Street Journal, is a fix for an auto-correct bug that has frustrated users for the past week. Whenever a user would type the letter "I", it would be autocorrected to an "A" with a question mark in a box next to it.

Users who can't wait to test Apple Pay Cash or simply want a fix to the annoying auto-correct bug can sign up for the public beta on Apple's beta website. Just keep in mind betas are often buggy, so it's a good idea to create a backup before taking the plunge.

Ireland's lax tax rates were too onerous for the world's most profitable company, so it skipped into the English Channel.

iPhone X display is the best: Made by Samsung, improved by Apple

For a couple of years, Samsung has set the bar with the highest-rated smartphone displays. With a panel produced by Samsung, and optimized by Apple, the iPhone X raises the bar yet again.