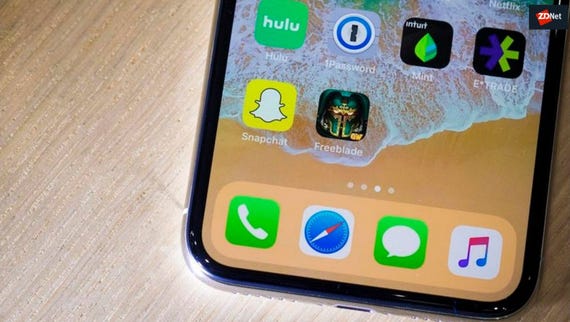 The US Robotics Pilot 1000 was my first PDA in 1997 and after ten more years of using resistive touchscreen displays my world was rocked by the original Apple iPhone. After waiting overnight in line, I remember my sheer excitement for the responsiveness of the display to my fingers and the speed of the device.

Ten years later, the Apple iPhone X has me just as excited as I was in 2007, primarily because the iPhone X demonstrates where Apple is taking us into the future. 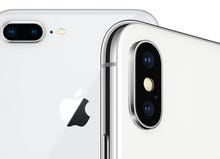 Check out Jason Cipriani's full ZDNet review of the Apple iPhone X with a deserving 9.5/10 rating.

2017 has seen the release of many outstanding smartphones and I cannot remember a year when so many were deserving of outstanding ratings. Despite all of these incredible phones, including the fabulous Galaxy Note 8 that still may be the best for the enterprise, the Apple iPhone X has impressed me every minute I have used it over the past ten days. The Note 8 pleased me, but the oddly placed fingerprint scanner, the inconsistent iris scanner, the occasional pauses in performance, and the long form factor took away from perfection.

The Apple iPhone X puts a device in my hand that seems to melt into my hand with a large 5.8 inch display in a form factor that is one of the smallest of any modern flagship. It slips easily into my front pants pocket and I have even been able to carry the iPhone X in a front shirt pocket, which has been unheard of for a while with high end flagships.

With Face ID I have had to verify several times whether or not I even had security enabled on my iPhone. It has worked flawlessly for me inside and outside with my phone held in natural angled positions in my hand. I've used it while at my desk, while commuting, and while walking around cities. I am blown away by its ability to recognize me with or without my glasses, with a ballcap on or not, and after shaving or growing out my facial hair. Face ID makes fingerprints seem outdated and I love rear fingerprint scanners.

I have owned many iPhone models over the years, but usually switched back to an Android phone after using the iPhone for a month or so. I kept the iPhones around for testing, but I did not limit myself to one OS due to the nature of my coverage here on ZDNet. Thus, moving from a home button focused system to a gesture-based system wasn't much of a change or challenge for me. Actually, iOS 11 on the iPhone X is much like Palm's WebOS or Nokia's MeeGo OS that I used on various devices for years.

As Jason stated in his iPhone X review, "In fact, the new interaction model makes the iPhone X feel like it's running a familiar, but entirely different version of iOS." This is so true and it has caused some long time iPhone users to post thoughts of frustration. However, it is the future of iOS so I'm sure we will all need to eventually adopt this user interface and might as well get started on the iPhone X.

You have probably seen animoji karaoke posts of people lipsyncing as different characters found on the iPhone X. Of course these have nothing to do with business, but the facial expression technology is rather stunning and I am honestly having lots of fun sharing animoji messages with friends and family. Life is too serious at times, especially in today's tumultuous environment, so lighthearted fun is a nice break from reality.

Apple has always done well with standby battery life and I always purchased the Plus models to get the larger batteries. The Apple iPhone X has an equivalent rated battery life as the iPhone 8 Plus and I have been able to get through long heavy usage days with the iPhone X where the Note 8 was just barely getting by. I don't really care that you cannot see the battery percentage on the upper right since battery life has not been a concern for me for the past ten days.

The Apple iPhone X feels like a $1,000 phone and with many people financing the phone over a period of time, the monthly cost is easier to swallow at $40 to $50. It's a rather slick device with the glass back and both Kevin Tofel and I absolutely love the Caudabe Veil XT ultra-thin case that adds texture to the back and sides for just $19.95.

The display of the iPhone X is stunning and this weekend I was watching my alma mater, the US Coast Guard Academy, play a college football game against Kings Point on ESPN3 on the Apple iPhone X when my wife glanced over and said she could not believe the clarity of the game on my iPhone. As Dr. Soneira stated in his analysis, the iPhone X display is nearly indistinguishable from perfect and to my aging eyes it is indeed perfect.

Jason also stated, "With the iPhone X, I'm downright impressed. This is, easily, the best smartphone I've ever used. Forget being the best iPhone... it's the best phone. Period." I absolutely agree with Mr. Cipriani and have placed the Apple iPhone X at the top of my 10 best smartphones list and have no plans to trade it back in for a Note 8 after my 30 day period has passed.

Join Discussion for: 10 days with the iPhone X: My joy of smartphones...