All eyes on Apple on Wednesday when it reports its fiscal second-quarter earnings during a period in which it's done...

Wall Street is expecting Apple to report second-quarter earnings of $10.17 per share — down by 1 cent per share from the same quarter a year earlier. Revenue is expected to land in at $43.55 billion.

Apple said at its fiscal first quarter earnings that its second quarter outlook would land somewhere between $42 billion and $44 billion, down on analyst expectations. That was enough to send alarm bells ringing for the first three months after the December holiday season, and its stock price down by more than 8 percent in after-hours trading.

Because Apple hasn't done anything as of late.

It's almost unheard of for a technology company to not release a new product or service in six months. Except that's exactly where Apple is at the moment.

Apple is expected to sell about 38.8 million iPhones during the quarter, according to average analyst estimates compiled by Fortune. The iPhone accounts for just over half of the company's revenues as of the year-ago quarter, and critical to its bottom line.

The high-end iPhone 5s and lower-priced iPhone 5c remain the company's cash cow — the former over the latter, anecdotally, even if figures weren't broken out in previous earnings. Apple's aggressive advertising campaign in recent months to get the fire lit underneath the iPhone 5c may be paying off. But what's in the device's future remains on analyst's minds.

Pacific Crest analyst Andy Hargreaves said he believes Apple has "latent pricing power that is likely to exploit during the iPhone 6 product cycle." That, he said, could be the company's secret profit sauce for the next iPhone.

He explained in a recent note to investors:

"This could offset the impact of higher cost of goods on a larger-screen iPhone, as well as increase gross profit per unit throughout the iPhone lineup. This would likely create upside to current expectations and drive [Apple] higher. If we are wrong and Apple does not increase pricing in the next cycle, a tick down in gross margin would be likely..."

Jefferies analyst Peter Misek concurred a price increase, but not necessarily for the same reason. He said a $50 average selling price increase would offset negative gross margin impact if the device were larger in size, and therefore more expensive to manufacture. He added:

"The possibility may at first seem farfetched in light of investor concerns regarding possible carrier subsidy and handset price cuts due to smartphone saturation and lack of differentiation. But we think this general lack of differentiation could be the reason why Apple may be able to get a price increase."

That, he says, will be on the heads of carriers, realizing that the iPhone 6 will likely be the "only headline-worthy high-end phone" launched this year, and they could lose subscriptions as a result.

Apple is expected to sell about 19.2 million iPads during the quarter, according to average analyst estimates compiled by Fortune. That's just shy of a 1 percent decline year-over-year.

Although the iPad effectively carved out the tablet market when it launched in late 2010, the lack of growth is troubling some analysts. During the slow early months of the year, a slower growth was to be expected, considering following each December quarter there have been quarter-over-quarter declines as standard. But a full on decline? Apple needs to turnaround its tablet efforts if it wants to remain the dominant player in the space.

Analysts say this year's expected decline year-over-year is compounded by no iPad announcement in February, which many expected, following on from last year.

Mac: Holding off on the decline tipping point

It's good news in that it's a recovery from the four quarters of decline during 2013, but it's relatively stable overall. As the PC market continues to contract and decline rapidly, Apple's keeping its head firmly above the water with its own desktop and notebook range.

New Macs are expected to be revealed and launched the company's Worldwide Developer Conference (WWDC) in early June. 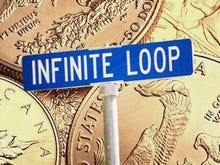 11 things Apple could do with its $159B cash fortune Some companies have more money than sense. But Apple has both. What could the firm buy with its $159 billion cash pile? And what makes more sense?

In the year-ago quarter, Apple made $4.1 billion in revenue from iTunes, including software and services from its other app stores. That's expected to rise by another 25-30 percent in the coming second-quarter earnings, based on previous reports.

Strong iPhone and iPad sales are one of the major driving factors to Apple's revenue gains from iTunes and the App Store. As the desktop market begins to dry up and the app and music market continues to expand, Apple will increasingly focus on the mobile and tablet market as methods to squeeze even more revenue. But the living room market remains vastly untouched, and Apple continues to work on its set-top box in efforts to monetize this space.

And, mobile payments remain a key area Apple has yet to tackle. BMO analyst Keith Bachman said "more services, including potentially payments," could be one major catalyst for Apple's longer-term prospects.

Wells Fargo analyst Maynard Um said the next push will be to leverage the existing installed user base, including "driving usage of applications and services." He added:

"Giving away iWorks or iMusic for free, for example, is not to drive material revenue, but, rather, to give Apple more insight into the end user. Similarly, we believe the information collected by iDevices (like an eventual iWatch) will be for the purpose of knowing more about the habits and status of the end user."

Join Discussion for: Apple Q2 preview: Can the smartphone cash-cow...