Apple today released iOS 6.1.1 to iPhone 4S only users to fix a bug in the latest iOS 6.1 platform release; almost a week after U.K. and European users reported cellular-related troubles.

Many iPhone 4S users complained that the latest upgrade caused cellular and 3G networking to suffer. The latest patch, iOS 6.1.1, which was dished out to developers for testing only five days ago, was released this afternoon.

Users should now, or will be able to shortly download the latest over-the-air update to the software. In the release notes, Apple says the update "fixes an issue that could impact cellular performance and reliability for iPhone 4S."

It comes exactly two weeks after the iPhone and iPad maker rolled out the latest major version of the mobile operating system, iOS 6.1. 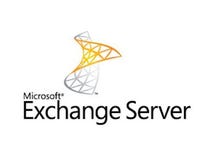 iOS 6.1 banned from corporate servers due to Exchange snafu (Updated)

iPads and iPhones running the newest version of iOS are being blocked in some enterprises because bugs are overloading corporate Exchange servers.

U.K. and European cellular networks warned their iPhone-using customers to avoid the latest iOS 6.1 version because of a 3G-related bug. U.K.-based global cellular network Vodafone sent a text message to all customers warning that they "may occasionally experience difficulty in connecting to the network to make or receive calls or texts or to connect to the Internet," according to sister site CNET.

Three Austria sent out a similar warning, reporting that the iOS version can "cause congestion issues for those users as well as the users of other handsets in that area," suggesting that the bug may have degraded network performance for others as well.

For some, iOS 6.1 has been nothing but trouble.